Ubisoft’s Roller Champions, the upcoming sports video game, has gone gold. After numerous delays, the game has finally reached its gold status, which means that the game is finally polished and ready for disc print before its distribution cycle begins. In this scenario, Roller Champions awaits a launch date, which is missing due to its previous encounters with difficulties leading to delays.

Over on the official Roller Champions’ Twitter profile, the company noted:

Today we are thrilled to announce we have Gone Gold!

Keep your eyes open as we will be sharing more on our launch date soon.

Greetings, Champions!
Today we are thrilled to announce we have #GoneGold! 🥇
Keep your eyes open as we will be sharing more on our launch date soon. 👀 pic.twitter.com/O1xhUugIqQ

Roller Champions is a 3v3 arena Roller Derby video game in which human players are put into a PvP environment. Players will gain more fans with each win, which is more of an end-game story. Tackling, Dodging, Scoring, and doing Tricks is one of the game’s core elements. We doubt anyone would deny its beauty, as the game creates such a joyful and fun moments for everyone, even the loser team.

Roller Champions was available during E3 2019, after which the developers have unveiled the beauty of the game. The gameplay itself is the most exciting piece of the story, in which the racers not only need to score but also need to make plays while mastering the slopes. Roller Champions will have global leaderboards, similar to those in its closed alpha.

Hello, fellow readers! If you want to get in touch with us and participate in our discussion boards, make sure you visit our Forums. We are more than sure you will find something useful there! The forum is new, so be among the first ones to say Hello!If you are a video game developer and you have a submission to make, you can mail us at team@futuregamereleases.com
Tags
Roller Champions ubisoft 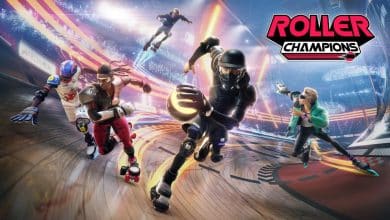