Arma Reforger has plenty of issues, and it’s good to see Bohemia Interactive working on them. On Monday, the developer released a new Arma Reforger update dealing with some known issues. The update is available to download through Steam, and its game version corresponds with 0.9.5.51.

As we can see by the update, this update raises the max connection limit to match server config limits, which could be one of the reasons for the rough disconnections faced by players over the past couple of days. It also tweaks the handling of download error for no files to download bug.

Important: The update should be available for download, but if you cannot see it, make sure you right-click Arma Reforger from the game library, go to Local Files and verify the integrity of game files. In this way, the download will start by itself.

This update also fixes AI behavior, such as being disabled and unable to see players in dark areas, even in close situations. Crash issues have also been addressed, as per the changelog. Without further ado, below, you can find the complete changelog for patch 0.9.5.51.

Angel Kicevski Follow on Twitter May 23, 2022Last Updated: May 23, 2022
0 2 minutes read
Facebook Twitter LinkedIn Pinterest Reddit Telegram
Facebook Twitter LinkedIn Pinterest Reddit Telegram
Hello, fellow readers! If you want to get in touch with us and participate in our discussion boards, make sure you visit our Forums. We are more than sure you will find something useful there! The forum is new, so be among the first ones to say Hello!
If you are a video game developer and you have a submission to make, you can mail us at team@futuregamereleases.com 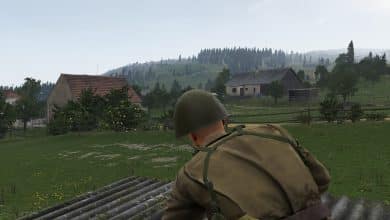