Little Witch Nobeta will finally exit Early Access, as announced by its publisher and developing companies.

Justdan International and developers Pupuya Games and SimonCreative have stated that Little Witch Nobeta is ready for launch, and have set the release date, which is September 29th, 2022. The game will be available on PlayStation 4, Switch and PC (via Steam) with English, Japanese and Traditional Chinese as language options.

Have you had the chance to see something related to Little Witch Nobeta?

Ivana KachurovaMay 13, 2022Last Updated: May 13, 2022
0 1 minute read
Facebook Twitter LinkedIn Pinterest Reddit Telegram
Facebook Twitter LinkedIn Pinterest Reddit Telegram
Hello, fellow readers! If you want to get in touch with us and participate in our discussion boards, make sure you visit our Forums. We are more than sure you will find something useful there! The forum is new, so be among the first ones to say Hello!
If you are a video game developer and you have a submission to make, you can mail us at team@futuregamereleases.com 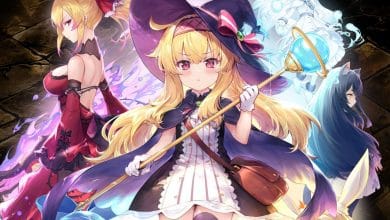