This game’s focus is to return its players to the PlayStation 1 aesthetic, with early 90s 3D graphics, and the best part is that it will come out this year.

The game that we are talking about is named Lunistice, and it will launch on Switch and PC (via Steam and GOG) on September 2nd, 2022. Lunistice is developed by A Grumpy Fox and published by Deck13 Spotlight.

The main character in the game is Hana the Tanuki, with which players must fight through the dreams that the character is having as she tries to get to the final destination, the moon. As mentioned, the game adopts a retro look inspired by the early 90s game style, with a fluffy heroine that has a total of seven dreams that the player has to go through.

Do you like the retro game look? What do you think about this game?

Ivana KachurovaMay 5, 2022Last Updated: May 5, 2022
0 1 minute read
Facebook Twitter LinkedIn Pinterest Reddit Telegram
Facebook Twitter LinkedIn Pinterest Reddit Telegram
Hello, fellow readers! If you want to get in touch with us and participate in our discussion boards, make sure you visit our Forums. We are more than sure you will find something useful there! The forum is new, so be among the first ones to say Hello!
If you are a video game developer and you have a submission to make, you can mail us at team@futuregamereleases.com 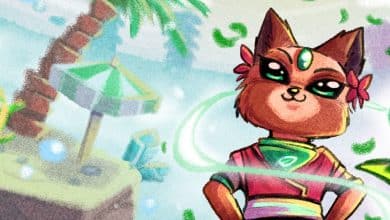 Lunistice Arriving On Switch and PC On November 10