Sony announces a new PlayStation State of Play event, in which new reveals and announcements usually occur. There are plenty of surprises this time, among which third-party reveals will take place, including first look on PSVR2 games. The event is announced to take place on Thursday, June 2, and will last for approximately 30 minutes.

PlayStation’s June State of Play will start on Thursday, June 2, at the following times:

The event will be broadcasted on both Twitch and YouTube. As Brett Elston, Senior Manager, Content Communications at Sony, there will be some exciting reveals from third-party partners, including a sneak peek at several games in development for PlayStation VR2.

Angel Kicevski Follow on Twitter May 27, 2022Last Updated: June 2, 2022
0 Less than a minute
Facebook Twitter LinkedIn Pinterest Reddit Telegram
Facebook Twitter LinkedIn Pinterest Reddit Telegram
Hello, fellow readers! If you want to get in touch with us and participate in our discussion boards, make sure you visit our Forums. We are more than sure you will find something useful there! The forum is new, so be among the first ones to say Hello!
If you are a video game developer and you have a submission to make, you can mail us at team@futuregamereleases.com 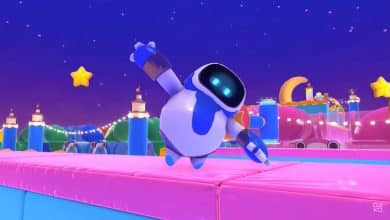