The Division 2 has met yet another roadblock. It’s not the first nor the last time we’re seeing something like this, mainly happening in The Division 2, the third-person action RPG developed by Massive Entertainment and published by Ubisoft. Apparently, there has been a new problem that seeks attention and will result in resetting the player’s Expertise Level and recalculating every player’s progress. According to the developer, discrepancies should be expected.

In a message posted on Twitter, The Division 2 team revealed a mistake in the number of Proficiency points gained from kill XP, which should result in a small patch. The Expertise level for Season 9 is 20, which means if this issue remains untouched, there will be an extremely high Expertise level which could have a considerable impact on the long-term and balance of the game.

Players who dedicated time throughout this season and got affected by this will be compensated with SHD caches, including materials. Still, it’s rather unlikely to see the compensation packages reflect the whole material expenditure. That’s why the developer team stated that it is impossible to grant the same amount of materials invested due to a lack of in-game data, which has already traversed into community frustration.

Angel Kicevski Follow on Twitter May 30, 2022Last Updated: May 30, 2022
0 1 minute read
Facebook Twitter LinkedIn Pinterest Reddit Telegram
Facebook Twitter LinkedIn Pinterest Reddit Telegram
Hello, fellow readers! If you want to get in touch with us and participate in our discussion boards, make sure you visit our Forums. We are more than sure you will find something useful there! The forum is new, so be among the first ones to say Hello!
If you are a video game developer and you have a submission to make, you can mail us at team@futuregamereleases.com

For Honor shall receive more content after this year’s E3 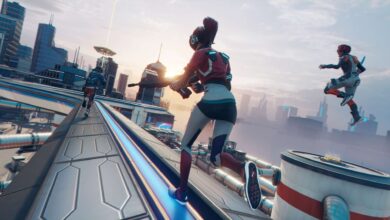