Unexplored 2: The Wayfarer’s Legacy will soon release its Xbox Series and Xbox One versions, as stated by Big Sugar.

Developed by Ludomotion, the PC version will be launching on May 27th, 2022, and the Xbox Series and Xbox One versions will come exactly one week after the PC launch, which is on June 3rd, 2022.

The procedural action RPG is quite challenging, and many attempts lead to the character’s death. Every choice you make is either good or bad. However, once the character dies, there is no going back, but you can explore the same world with a different character. Unexplored 2: The Wayfarer’s Legacy has many systems, meaning that each time you play, you will find something new.

Have you played the game? Do you like it? Tell us in the comments below.

Ivana KachurovaMay 24, 2022Last Updated: May 24, 2022
0 1 minute read
Facebook Twitter LinkedIn Pinterest Reddit Telegram
Facebook Twitter LinkedIn Pinterest Reddit Telegram
Hello, fellow readers! If you want to get in touch with us and participate in our discussion boards, make sure you visit our Forums. We are more than sure you will find something useful there! The forum is new, so be among the first ones to say Hello!
If you are a video game developer and you have a submission to make, you can mail us at team@futuregamereleases.com 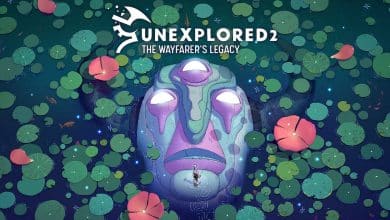