During Xbox & Bethesda games showcase on Sunday, we have had a good eye treatment overall. One of the showcases included the highly anticipated video game title Diablo 4, announced to release in 2023. In today’s showcase, we have had the opportunity to see the release time span but also a glimpse of the latest class coming to the game, the Necromancer.

Diablo IV will come to current-gen consoles, PlayStation 5 and Xbox Series X. The Necromancer is a class that can summon undead minions to fight by his side. In the trailer above, we can agree with the crisp graphics, and some of the mechanics showcased. The next generation of Action RPG, monster-slaying, and loot-collecting open-world (shared) environment is coming out in 2023. Overall, a next-gen game that allows you to tinker with different playstyles and cope with the necessity to conquer and dominate.

While everything showcased so far seems quite innovative and prestigious, let’s have an honest talk that includes microtransactions and potential savagery, which is usually the culprit that leads to a negative gameplay experience. That’s what worries the franchise’s community. They are utterly scared of microtransactions, a story told with the launch of Diablo Immortal. While Diablo 4 promises to stay from such promotions and activities, players cannot rely on that information simply because it has proven flawy in other games too.

Take it, for example, World of Warcraft (where you can buy gold), Black Desert Online, or any other popular MMORPG game that has been accounted as not Pay2Win. Even Diablo Immortal wasn’t depicted as such before it came out, and then look what it turned out to be. Just a little heads-up. Players should not buy in the pre-release statements; instead, they should wait and realize what kind of game it is once it comes out.

More about the game can be found below, thanks to the small developer gameplay showcase. Local events, couch co-op, PvP, and other extravagating factors are the hope of feeding players just enough nibbles so they could stay in the long-run, rather than spending their funds on pay-2-win elements. Again, not that there will be some, but it’s entirely possible to get slapped out of the blue.

Angel Kicevski Follow on Twitter June 12, 2022Last Updated: June 12, 2022
0 1 minute read
Facebook Twitter LinkedIn Pinterest Reddit Telegram
Facebook Twitter LinkedIn Pinterest Reddit Telegram
Hello, fellow readers! If you want to get in touch with us and participate in our discussion boards, make sure you visit our Forums. We are more than sure you will find something useful there! The forum is new, so be among the first ones to say Hello!
If you are a video game developer and you have a submission to make, you can mail us at team@futuregamereleases.com 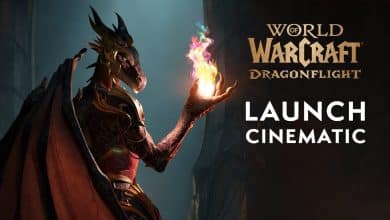