A very anticipated game has just been announced, and that game is Dragon’s Dogma II.

Revealed during the “10 Years of Dragon’s Dogma” digital event, Hideaki Itsuno has stated that Dragon’s Dogma 2 is already in production and that they will be using the well-known RE ENGINE from Capcom. They also revealed the logo during the event.

However, they did not reveal when and on which platforms the game will be available. Ending with that, we hope that they will reveal more news about Dragon’s Dogma II soon.

Are you excited about the game? How do you like Dragon’s Dogma?

Ivana KachurovaJune 16, 2022Last Updated: June 16, 2022
0 Less than a minute
Facebook Twitter LinkedIn Pinterest Reddit Telegram
Facebook Twitter LinkedIn Pinterest Reddit Telegram
Hello, fellow readers! If you want to get in touch with us and participate in our discussion boards, make sure you visit our Forums. We are more than sure you will find something useful there! The forum is new, so be among the first ones to say Hello!
If you are a video game developer and you have a submission to make, you can mail us at team@futuregamereleases.com 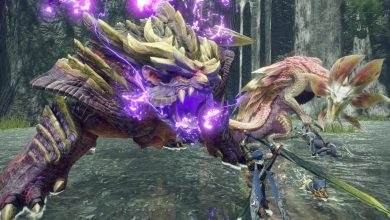