Update: After today’s technical update, there seems to be something new coming to the game and might be connected to the fourth pre-wipe event. There has been a new health-effect tag named LethalIntoxication, which could be related to a toxic zone similar to the one DayZ has. Could this be coming to Escape From Tarkov as a new feature? The latest changes have been revealed by tarkov-changes, which claims this new value has multiple properties to it and will remain after extraction. It’s likely to imbue something like ticking damage or sickness if presence within the area occurs.

Battlestate Games announced the deployment of a new Escape From Tarkov update tomorrow. Considering it’s Thursday, could this mean that the developer is trying to conceal the surprise? Considering that we’re just three days deep into a pre-wipe event, it’s unlikely to happen. It usually takes around a week for the pre-wipe events to conclude and the game to wipe, and there are historical testaments about this occurrence too.

The installation of the update was announced by Escape From Tarkov’s official Twitter profile and will conclude tomorrow, Thursday, June 23, at 08:00 BST / 00:00 PDT. The server maintenance will last approximately 2 hours. The game won’t be accessible to players during this period. The official announcement for the update can be found below.

Tomorrow, June 23, at 08:00 BST/00:00 PDT we are planning to install a technical update. The installation will take approximately 2 hours. The game will not be accessible during this period.#EscapefromTarkov

Now, of course, we are allowed to throw a pesky assumption. We can wishfully discuss about a wipe just to hype up the players. There are thousands of them who haven’t even played Escape From Tarkov for a while, and their anticipation levels are going through the roof. That’s why they would find this quite pleasant.

As much as we would like to believe that the wipe is coming tomorrow, we hardly doubt it will be based on Escape From Tarkov’s wipe history. Even if it’s Thursday, the pre-wipe event is too early to conclude. While we cannot rule anything out, it’s more common to see this patch being tied to some bug fixes and other preparations for upcoming pre-wipe events.

So, could BSG throw in the biggest surprise and give a warm wake-up call to all the sleepy heads during the installment period tomorrow? We’ll have to wait and see!

Angel Kicevski Follow on Twitter June 22, 2022Last Updated: June 23, 2022
0 1 minute read
Facebook Twitter LinkedIn Pinterest Reddit Telegram
Facebook Twitter LinkedIn Pinterest Reddit Telegram
Hello, fellow readers! If you want to get in touch with us and participate in our discussion boards, make sure you visit our Forums. We are more than sure you will find something useful there! The forum is new, so be among the first ones to say Hello!
If you are a video game developer and you have a submission to make, you can mail us at team@futuregamereleases.com 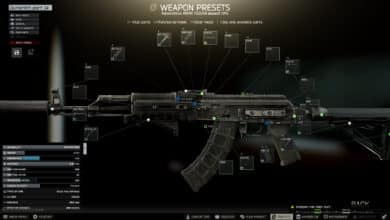