Finally, Escape From Tarkov‘s wipe has concluded, and players can finally start to build their inventories from scratch. With tons of exciting changes and additions to the game, patch 0.12.12.30 is accentuated to soak the highest player participation in Escape From Tarkov’s history. So, what exactly was changed with today’s update?

Without further ado, below you can find the complete patch notes for this update, as well as highlights that are deemed to inflict changes that will definitely innovate the gameplay experience for everyone. Lighthouse will be super fun, but there are many other changes that are going straight under the hood, such as new and smoother animations, changed inertia, the long-awaited Lighthouse expansion, new bosses, weapons, in-game trader, offline co-op mode, and other important changes can be found below.

Bosses maintain contact with each other and with the other Rogues, however they don’t stick together and instead keep their positioning distances. When an enemy is detected by any of the bosses or Rogues, information on enemy location is transmitted to everyone by radio, and the bosses prepare for battle, taking up tactical positions for engagement.

Bosses help each other, use all available weapons, and are hostile to everyone: players of any faction, Scavs, and Raiders. They don’t communicate with the rest of the bosses and Fence, so they attack any enemy immediately. Killing them does not affect the player’s reputation.

The bosses’ habitats are Lighthouse, Shoreline, Woods, and Customs. They do not stay in one place and instead wander through these locations all the time. If the bosses have moved to one of the maps, they will be absent on the others. There is no timetable for their movement and no one knows what the bosses are guided by when changing their location.

Angel Kicevski Follow on Twitter June 29, 2022Last Updated: July 21, 2022
0 7 minutes read
Facebook Twitter LinkedIn Pinterest Reddit Telegram
Facebook Twitter LinkedIn Pinterest Reddit Telegram
Hello, fellow readers! If you want to get in touch with us and participate in our discussion boards, make sure you visit our Forums. We are more than sure you will find something useful there! The forum is new, so be among the first ones to say Hello!
If you are a video game developer and you have a submission to make, you can mail us at team@futuregamereleases.com 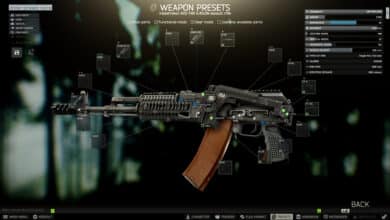