Sensor Tower revealed a list of top-grossing mobile games worldwide for May 2022, and Tencent’s Honor of Kings is on the top., followed by PUBG mobile, and Candy Crush Saga.

Here is an overview, thanks to Sensor Tower:

The top-grossing mobile game worldwide for May 2022 was Honor of Kings from Tencent with approximately $268 million in player spending, which represented a 1.7 percent growth from May 2021. About 95 percent of Honor of Kings’ revenue was from China, followed by 1.7 percent from Taiwan and 1.7 percent from Thailand. The full ranking of the top-grossing mobile games for May 2022 is above. Game revenue estimates are from Sensor Tower’s Store Intelligence platform.

PUBG Mobile from Tencent was the second highest-earning mobile game worldwide for May 2022 with $206.3 million in gross revenue. About 67 percent of PUBG Mobile’s revenue was from China, where it has been localized as Game For Peace, followed by 6.4 percent from Turkey. The next top-grossing game was Candy Crush Saga from King, followed by Genshin Impact from miHoYo and Coin Master from Moon Active.

The global mobile games market generated an estimated $6.8 billion from player spending across the App Store and Google Play in May 2022, marking a decrease of 8 percent year-over-year. The No. 1 market for global revenue in May 2022 was the United States, which generated $1.9 billion, or 28 percent of total player spending worldwide. China, where Google Play is not available, ranked No. 2 for revenue at 20.4 percent, followed by Japan at approximately 17.8 percent.

Genshin Impact had its second-lowest month ever for player spending across the App Store and Google Play in May 2022, generating $99.7 million, down 20.6 percent year-over-year. The decline was due to the lack of significant new updates or Event Wishes for most of the month, likely impacted by the COVID-19 lockdowns in Shanghai, where miHoYo’s headquarters is located. A version 2.7 update on May 31–Hidden Dreams of the Depths–saw player spending surge once again, however, with the title still ranking as the No. 5 revenue-generating mobile title in the world for the month.

Dejan KacurovJune 14, 2022Last Updated: June 14, 2022
0 1 minute read
Facebook Twitter LinkedIn Pinterest Reddit Telegram
Facebook Twitter LinkedIn Pinterest Reddit Telegram
Hello, fellow readers! If you want to get in touch with us and participate in our discussion boards, make sure you visit our Forums. We are more than sure you will find something useful there! The forum is new, so be among the first ones to say Hello!
If you are a video game developer and you have a submission to make, you can mail us at team@futuregamereleases.com 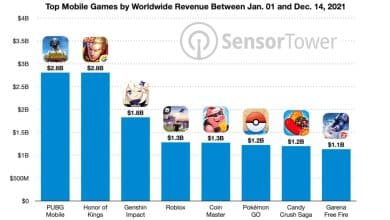 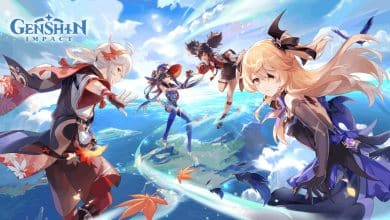