Ironhide Game Studio reveals Iron Marines: Invasion, a new real-time strategy game from its popular Iron Marines series. The game is coming out later this year and will launch on iOS and Android mobile devices. Pre-registration is available on both the App Store and Google Play.

This is the next installment in the Iron Marines franchise. Previously, Iron Marines won awards and accolades including the App Store top #1 paid app, Google Play’s 2017 Android Excellence Award, and the 2018 winner of BIG Festival’s Best Latin American Game.

The game features over 25 campaign missions that will take you on different and incredible worlds, comprised of tons of planets ready to explore. It will also have 79 special operations to upgrade your Marine abilities to the peak level, all of which are accounted for tons of achievements that will reflect your efforts.

Explore and defend the most unique worlds from dreadful alien threats in Iron Marines: Invasion! Get ready to overcome the most deadly alien races by combining squad fighting skills. Conquer amazing, unpredictable terrains and beat thrilling challenges that will surprise players as they move forward with their army.

Boost firepower with a wide range of incredible special weapons and power-ups. The galaxy faces an invasion and there’s only one hope to maintain peace among all the planets in the Federation – the Iron Marines corps and its incredible allies!

Iron Marines: Invasion combines an expansive universe with action-packed challenges, original art style, humor and many thrilling surprises. Players will explore amazing worlds and engage in combat with the aid of the galaxy’s finest heroes. It’s time to embark on a real-time strategy space adventure game, bigger and crazier than ever.

Amie GammonsJune 6, 2022Last Updated: June 6, 2022
0 2 minutes read
Facebook Twitter LinkedIn Pinterest Reddit Telegram
Facebook Twitter LinkedIn Pinterest Reddit Telegram
Hello, fellow readers! If you want to get in touch with us and participate in our discussion boards, make sure you visit our Forums. We are more than sure you will find something useful there! The forum is new, so be among the first ones to say Hello!
If you are a video game developer and you have a submission to make, you can mail us at team@futuregamereleases.com 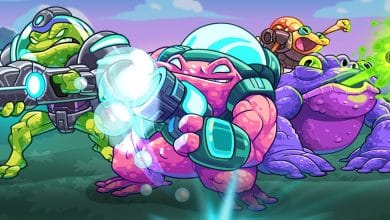