Trainers, Niantic has confirmed the arrival of Nihilego, which brings additional surprises as it is a part of an event. New and the first Ultra Beast has been added to the game, and it’s only available in Pokemon Go during a special event. That is Pokemon Go Fest 2022, which brings Nihilego as part of the Ultra Beasts lineup and Gen 7. This is exciting for the fans as we can already see additional Ultra Beasts coming soon.

Nihilego, the Parasite Pokémon, makes its Pokémon GO debut in five-star raids on Sunday, June 5, 2022, from 10:00 a.m. to 6:00 p.m. local time! Nihilego is a Rock- and Poison-type Pokémon. A life-form from another world, it was dubbed an Ultra Beast and is thought to produce a strong neurotoxin. Try using some Ground-type Pokémon you catch during Pokémon GO Fest to get an advantage in battle! Aside from this, Professor Willow is gone, and we have no clue where he went.

Nihilego is one of the more mysterious Ultra Beasts, and he first appeared in Pokemon Sun and Moon. Being a rock and poison-type Pokemon makes him unique, as it is the first one of this type. It hails from an ultra space outside our understanding, which makes him super scary and will probably be a rough addition to your Pokedex, considering his “dexterity.”

Before we jump to the original topic, let’s see Nihilego’s CP, which stands for Combat Power. This will determine your chances of catching this and will give you an approximate overview of his power.

Amie GammonsJune 5, 2022Last Updated: June 5, 2022
0 1 minute read
Facebook Twitter LinkedIn Pinterest Reddit Telegram
Facebook Twitter LinkedIn Pinterest Reddit Telegram
Hello, fellow readers! If you want to get in touch with us and participate in our discussion boards, make sure you visit our Forums. We are more than sure you will find something useful there! The forum is new, so be among the first ones to say Hello!
If you are a video game developer and you have a submission to make, you can mail us at team@futuregamereleases.com 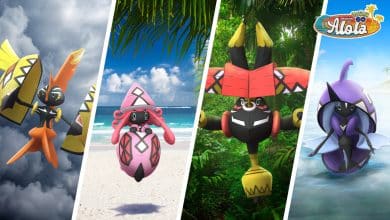 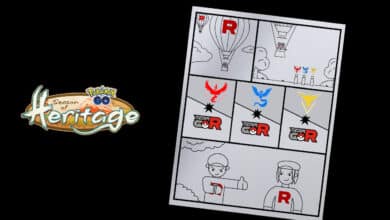