Street Fighter 6, Capcom’s next fighting game, finally gets a release time span. Apparently, the developer is not ready to give a precise release date, but it’s confident to pull a 2023 release. On Thursday, as a celebration of the announcement, Capcom published a short gameplay trailer that can be seen at the top of this article, which confirms the return of some favorite veteran fighters.

Unlike before, Street Fighter 6 also showcased a 3D game component, in which players can experiment and train moves with their favorite characters. Street Fighter 6 will have three game modes: Fighting Ground, World Tour, and Battle Hub, each one of them distinctive and unique in comparison.

Fighting Ground will focus on the classic fighting gameplay experience, while World Tour will have narration and lean towards a single-player story experience. On the other side, Battle Hub will be a social area where players can meet, communicate or maybe flex. Not to mention, Street Fighter 6 will feature commentary for the first time in the franchise’s history.

For the first time in the series, Street Fighter 6 will feature real time commentary! We’re working with well-known talent from the fighting game community to incorporate their voices directly in the game. Feel the excitement of competing in a tournament from the comfort of your own home. We’ll be announcing more commentators in the future. Street Fighter 6 will release in 2023!

Hello, fellow readers! If you want to get in touch with us and participate in our discussion boards, make sure you visit our Forums. We are more than sure you will find something useful there! The forum is new, so be among the first ones to say Hello!If you are a video game developer and you have a submission to make, you can mail us at team@futuregamereleases.com
Tags
Capcom Street Fighter 6 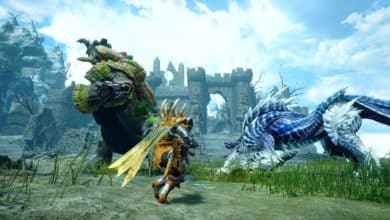