Summum Aeterna, the game known as a prequel to Aeterna Noctis, has officially joined Early Access.

The side-scrolling roguelike game is now available on Early Access for PC (via Steam) and it will stay there for at least a year and a half. It will have every feature that we know of, more enemies and biomes as it nears its release date which is the first half of 2024.

Players will be following the King of Darkness, a warlord condemned to eternal life, and there will be dungeons, enemies and powerful bosses waiting to be explored and defeated.

Do you like Aeterna Noctis? How about Summum Aeterna? Have you checked out the game?

Ivana KachurovaJune 16, 2022Last Updated: June 16, 2022
0 Less than a minute
Facebook Twitter LinkedIn Pinterest Reddit Telegram
Facebook Twitter LinkedIn Pinterest Reddit Telegram
Hello, fellow readers! If you want to get in touch with us and participate in our discussion boards, make sure you visit our Forums. We are more than sure you will find something useful there! The forum is new, so be among the first ones to say Hello!
If you are a video game developer and you have a submission to make, you can mail us at team@futuregamereleases.com 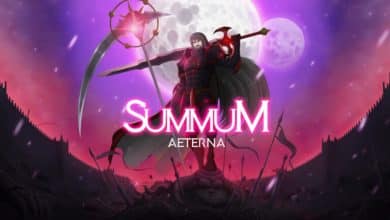 Prequel Summum Aeterna To Arrive In 2024