Playstack and Stubby Games have announced that they will be releasing The Entropy Centre, a puzzle game, this year.

The time manipulation game will come on PlayStation 5, Xbox Series, PlayStation 4, Xbox One and PC (via Steam) by the end of the year. It will follow a character named Aria, who finds herself inside the bowels of a space station named The Entropy Centre.

ASTRA, a talking gun that can move objects backwards in time, will be a loyal companion to Aria as they try to restore bridges, and eventually, find their way home back to Earth.

Here is a part of Harvey Elliott’s statement:

“The Entropy Centre is a brilliant example of what we are looking for—it’s an extraordinarily smart, satisfying, and witty puzzle game that is resonating with fans. We are feeling great about its response so far and have big plans for the coming months to maximize its success.”

Ivana KachurovaJune 11, 2022Last Updated: June 11, 2022
0 1 minute read
Facebook Twitter LinkedIn Pinterest Reddit Telegram
Facebook Twitter LinkedIn Pinterest Reddit Telegram
Hello, fellow readers! If you want to get in touch with us and participate in our discussion boards, make sure you visit our Forums. We are more than sure you will find something useful there! The forum is new, so be among the first ones to say Hello!
If you are a video game developer and you have a submission to make, you can mail us at team@futuregamereleases.com 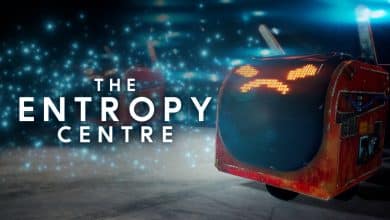