It’s good to see the Battlestate Games‘ creative side. It becomes more and more evident that the developer is trying super hard to achieve new goals and reach new heights by entertaining the whole Escape From Tarkov community. Currently, the game’s pre-wipe mood is justifying the developer’s efforts for its deployment of a unique event that has never been seen before. So, what could this mean?

First of all, this event is unlike any other before, baffling the whole Tarkov community as to what it could mean for the future of the game. Escape From Tarkov was confirmed to receive contaminated zones in the past, but its development was delayed rather than forced through. Well, that pretty much speaks for itself. This health effect could allude to new types of events within the game, and that is pretty much expected.

Escape From Tarkov’s Future Based on Latest Event

If you’re unaware, prior to the last intoxication event, the developer added a new health effect that allowed us to suspect the coming changes, and to some extent, we guessed it right. Expecting the new health effect and event to be a part of the game in the future is a must, as it provides a new condition that could evolve into a whole new epitome within the Norvinsk region.

So how could this exactly change the game? Well, with the last Lighthouse map expansion, players will be able to visit the Lighthouse and accompany Lightkeeper, the new in-game trader that will buy and sell some goodies. Considering the slim size of that particular area, the zone could be engulfed by these toxins. If anything, this phenomenon would indirectly combat the campers and their evil intentions. Remember D2 on Reserve? Well, this could be very similar but also dangerous considering the large buildings that naturally provide better concealment than D2 itself. And that’s where the hazard zone comes into play.

With this said, we do expect to see toxic zones becoming a core part of the game, where players either have to utilize gas masks or carry an xTG-12 antidote with them, which at the time could become a precious and expensive item. At this time, gas masks are utilized for nothing else besides some quest requirements. This could also force players into a PvP action, as players who are not geared and ready to get through contaminated zones must loop around the areas, narrowing the play zone. This is precisely why having this event active could change and bring value to the game as a whole. Until wipe, see you around!

Angel Kicevski Follow on Twitter June 28, 2022Last Updated: June 28, 2022
0 2 minutes read
Facebook Twitter LinkedIn Pinterest Reddit Telegram
Facebook Twitter LinkedIn Pinterest Reddit Telegram
Hello, fellow readers! If you want to get in touch with us and participate in our discussion boards, make sure you visit our Forums. We are more than sure you will find something useful there! The forum is new, so be among the first ones to say Hello!
If you are a video game developer and you have a submission to make, you can mail us at team@futuregamereleases.com 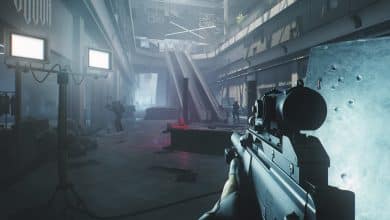 Escape From Tarkov’s Interchange is getting new Lighting