M80, one of the larger caliber ammunition, is no longer available to freshies. Level 15 players can no longer purchase the ammunition because it’s been moved to Peacekeeper with Loyalty Level 3. That pretty much means players will need to grind their way to unlocking this ammunition, generally referred to as the Chad killer.

This is a relatively common move by Battlestate Games since the M80 ammunition not only can eliminate Scav Bosses but can also easily penetrate through the strongest of head and chest armor too. With that said, it should help Chads (highly geared players) endure longer because some have already started losing tons of money in the chase of The Goon Squad.

With the new Rogue Bosses on the front, we’re yet to receive some additional balancing. The wipe is still fresh, and there is room for plenty of improvements. Oh, how about nerfing The Goon’s Squad? This should happen soon, considering the enormous amount of players struggling against these three dudes.

Angel Kicevski Follow on Twitter July 7, 2022Last Updated: July 7, 2022
0 1 minute read
Facebook Twitter LinkedIn Pinterest Reddit Telegram
Facebook Twitter LinkedIn Pinterest Reddit Telegram
Hello, fellow readers! If you want to get in touch with us and participate in our discussion boards, make sure you visit our Forums. We are more than sure you will find something useful there! The forum is new, so be among the first ones to say Hello!
If you are a video game developer and you have a submission to make, you can mail us at team@futuregamereleases.com 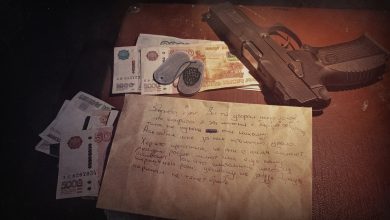