It looks like the gaming world will be getting a new title in the Aliens world, and we hope that you are as excited as we are by this amazing news.

While there is not a definitive name for the upcoming Aliens title, we do know that the plot of the game will be the events between the Alien and Aliens films, meaning that we will see a veteran carrying out their revenge on the Xenomorphs.

The untitled Aliens game will be having the Unreal Engine 5, and it will launch on consoles, PC and VR headsets. It will be published by 20th Century Games and developed by Survios.

We hope that we will get more info about the game at the upcoming event named “Alien: Expanding a Dark and Frightening Universe” happening on July 21st, 2022.

What do you think the new title of the game will be? Tell us in the comments below.

Ivana KachurovaJuly 14, 2022Last Updated: July 14, 2022
0 1 minute read
Facebook Twitter LinkedIn Pinterest Reddit Telegram
Facebook Twitter LinkedIn Pinterest Reddit Telegram
Hello, fellow readers! If you want to get in touch with us and participate in our discussion boards, make sure you visit our Forums. We are more than sure you will find something useful there! The forum is new, so be among the first ones to say Hello!
If you are a video game developer and you have a submission to make, you can mail us at team@futuregamereleases.com 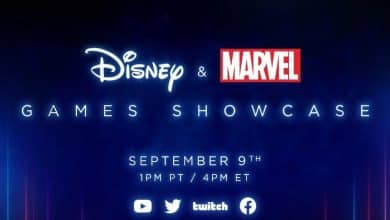