On November 28, Battlestate Games deployed a new Escape From Tarkov update that basically merged the servers that are close to each other. Battlestate Games calls it the Virtual Regions system, which combines the already accessible into regional servers. Players that queue to those regions will get autonomously distributed into one, which naturally alleviates the “empty lobbies issue.”

This change has frustrated a portion of the community, and one of the reasons is definitely that they won’t be able to join empty lobbies anymore. The change has removed the player’s freedom to choose servers filtered by countries, as they are currently depicted in regions. For example, Europa Central consists of Austria, the Czech Republic, France, Germany, Hungary, etc.

This is how it looks: 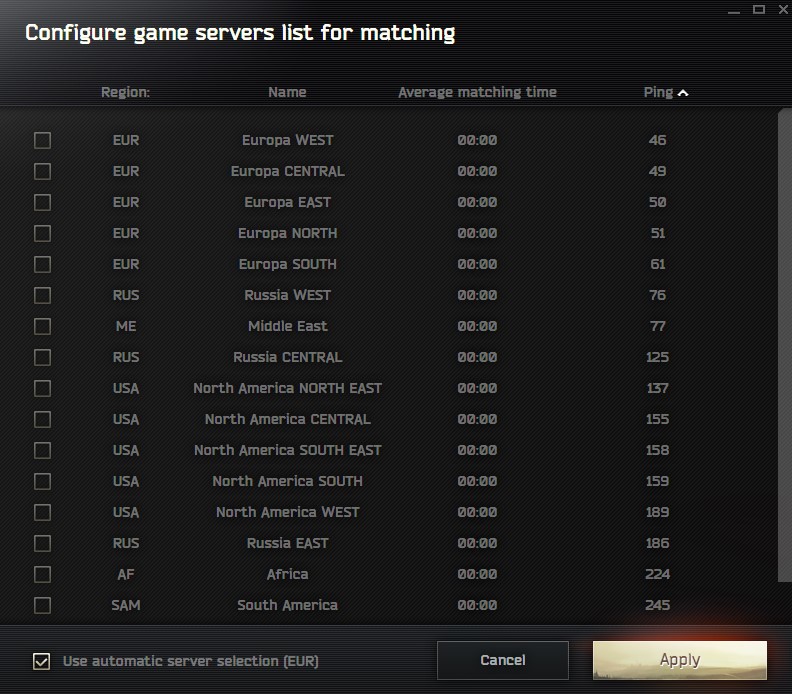 However, players from Australia and New Zealand have troubles at the moment. They cannot join a particular server, and their choices look quite dire in terms of RTT (PING). This is why a known Tarkov streamer, Pestily, reacted negatively, saying that this change hurts more than it helps.

Battlestate Games revealed that November 29 would be another day of maintenance for Escape From Tarkov. The maintenance window is planned to last 1 hour and may be extended and result in a longer downtime for the fans of this hardcore shooter.

Tomorrow, November 29, at 7AM GMT/2AM EST, we plan to make adjustments to the virtual region system. The change will take approximately 1 hour, but can be extended if necessary. The game will not be available during this time#EscapefromTarkov

Angel Kicevski Follow on Twitter November 28, 2022Last Updated: November 28, 2022
0 1 minute read
Facebook Twitter LinkedIn Pinterest Reddit Telegram
Facebook Twitter LinkedIn Pinterest Reddit Telegram
Hello, fellow readers! If you want to get in touch with us and participate in our discussion boards, make sure you visit our Forums. We are more than sure you will find something useful there! The forum is new, so be among the first ones to say Hello!
If you are a video game developer and you have a submission to make, you can mail us at team@futuregamereleases.com

When Is The Next Escape From Tarkov Wipe and What’s Coming With It?