Update: Trainers, the new XXS, and XXL size feature is now live in the game.

Time to break out the scales – Trainers have recently discovered XXS and XXL Pokemon!

Pokemon such as Poochyena, Mightyena, and Mawile have recently been observed in these sizes, and your Pokedex has been updated to start tracking the sizes of the Pokemon that you catch. We wonder if other Pokemon may have undiscovered sizes as well!

Keep a sharp eye out, Trainers. Will you try to find these elusive Pokemon and update the records in your Pokedex?

More sizes of Pokemon are appearing in Pokemon GO!
Trainers around the world have encountered Pokemon in previously undiscovered sizes – XXS and XXL. These sizes have been observed in the following Pokemon so far.

When you encounter an XXS or XXL Pokemon, you may notice that things look a little different.

XXL and XXS Pokemon are visually larger or smaller than their standard sizes when you observe them in an encounter or adventure with them as your buddy.

Sizes will now be tracked in the Pokedex

Once you catch at least three of any one Pokemon, your Pokedex will begin to showcase your records for the largest, smallest, heaviest, and lightest specimens that you have caught

Trainers who catch XXS or XXL Pokemon – or find smaller XS- or XL-sized Pokemon than they caught previously – can enjoy a new celebratory message when they break their record.

Trainers need to catch at least three of any particular Pokemon to set a record for that Pokemon.”

Previous Story: Trainers, the new Season of Pokemon Go has been revealed and Niantic and Pokemon Go shared all the new features, bonuses, and events during the next three months in Pokemon Go. Also, some Pokemon will appear in different sizes during the Mythical Wishes Season, so let’s take a look at what we know about this feature so far.

There will be three different sizes of Pokemon in Pokemon Go soon, XXS, Normal, and XXL. Now, there are some things that you might want to know about. These Pokemon are elusive and only a few Pokemon will appear in XXS and XXL sizes. Also, the difference in size doesn’t make the Pokemon weaker or stronger.

Niantic and Pokemon Go didn’t share more details about the upcoming feature, and we expect to find out more soon. Also

What are your thoughts about this new XXS and XXL feature? Do you think it will be locked behind a paywall? We like to hear your opinion, so please leave a comment below.

Dejan KacurovNovember 28, 2022Last Updated: December 8, 2022
0 2 minutes read
Facebook Twitter LinkedIn Pinterest Reddit Telegram
Facebook Twitter LinkedIn Pinterest Reddit Telegram
Hello, fellow readers! If you want to get in touch with us and participate in our discussion boards, make sure you visit our Forums. We are more than sure you will find something useful there! The forum is new, so be among the first ones to say Hello!
If you are a video game developer and you have a submission to make, you can mail us at team@futuregamereleases.com 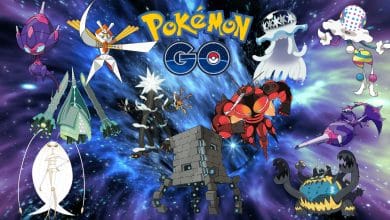 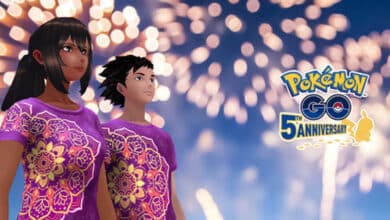