Sifu has received a new update that is solely focused on fixing bugs and issues. This update fixes bugs related to awards, game saves, and a recent retaliating crash issue that has been causing headaches.

While the patch notes remain scarce, the developer Sloclap has announced the arrival of this update on the game’s official Twitter channel. The company has announced that pesky bugs have been squashed.

From goals not awarding currency, skills being reset with multiple saves, and the Replay Editor/Wuguan/Training Room crash – players can say goodbye to these issues for good.

Bugs regarding goals not awarding currency, skills being reset with multiple saves, and a pesky crash related to the Replay Editor, the Wuguan and the Training Room, are now fixed!

If you’ve experienced the lost skills bug after updating to TU3, don’t worry – a workaround is available! All players who had previously played on TU2 will be able to get their precious abilities back with just a few extra steps. Keep an eye out for more details in the upcoming patch notes.

Amie GammonsDecember 20, 2022Last Updated: December 20, 2022
0 1 minute read
Facebook Twitter LinkedIn Pinterest Reddit Telegram
Facebook Twitter LinkedIn Pinterest Reddit Telegram
Hello, fellow readers! If you want to get in touch with us and participate in our discussion boards, make sure you visit our Forums. We are more than sure you will find something useful there! The forum is new, so be among the first ones to say Hello!
If you are a video game developer and you have a submission to make, you can mail us at team@futuregamereleases.com 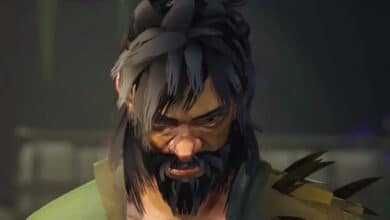 Sifu Deluxe Edition Owners to Get Additional Outfit In May