The Witcher 3 is being reborn, as CD Projekt Red’s next-gen update is releasing and it comes with a vast array of enhancements, tweaks, and additions that are sure to make this already acclaimed game even more exhilarating. In the wake of the next-gen update, the developer has released the complete changelog for tomorrow’s installment.

On December 14th, a massive The Witcher 3 next-gen update is coming for PC, PlayStation 5, and Xbox Series X|S players! This special release will feature various visual and technical improvements that provide smoother performance.

Additionally, the update includes fixes and extra content, and gamers on PS4 consoles, along with Xbox One & Nintendo Switch, can also look forward to receiving some of these bonuses. The changes queued for the old-gen platforms will take place at a later date.

Detailed information on how to redeem the rewards will be available from Dec 14th, 1 AM CET at thewitcher.com/my-rewards.

Hello, fellow readers! If you want to get in touch with us and participate in our discussion boards, make sure you visit our Forums. We are more than sure you will find something useful there! The forum is new, so be among the first ones to say Hello!If you are a video game developer and you have a submission to make, you can mail us at team@futuregamereleases.com
Tags
CD Projekt Red The Witcher 3: Wild Hunt 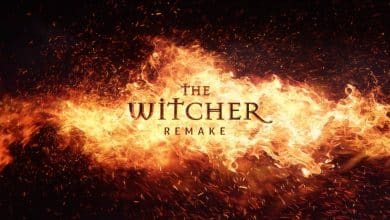