Escape From Tarkov is nearing wipe, and there’s one more confirmation of it. On Friday, Battlestate Games posted a close-up image of the upcoming Lighthouse boss named Zryachiy, which job will be to babysit the Lightkeeper.

The Lightkeeper is an upcoming in-game trader that will sell deadly electronic devices. That’s all we know about the old man. His HQ will be the Lighthouse itself, and being of vast importance, he will have the best security guard with strong connections with the cultists. That said, we might see the “lunatics” surrounding the area as well.

You can take a look at Zryachiy below:

As we have stated before, his name is “Зрячий” which, according to Google Translate, means Sighted. I guess no one will pass that bridge without being spotted by this guy. In the video posted earlier, we can see how he eliminates three PMCs in a very fast manner. 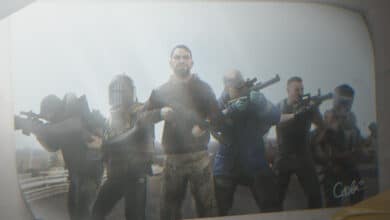