Well, fellas, our favorite first-person shooter has become much more balanced after enduring a few flea market changes. It seems that Battlestate Games had it enough, and according to them, it’s more entertaining to see long-lasting battles rather than one-tap phenomena. Today, Battlestate Games has removed a couple of ammo types from the FLEA Market, including the top-notch ammo from the traders.

The ammunition that has a one-tap capability is no longer accessible by those who sleep on the game for countless hours after a wipe. According to the latest datamine by LogicalSolutions, the following changes have taken place:

Impact grenades and 9×21 BT have been removed as well.

Years after its existence, there’s yet another reason to grind for in Escape From Tarkov besides the one and only Kappa secure container. Would you be indulging the grind this season, or are you going to wait for the next one?

Angel Kicevski Follow on Twitter January 9, 2023Last Updated: January 9, 2023
0 1 minute read
Facebook Twitter LinkedIn Pinterest Reddit Telegram
Facebook Twitter LinkedIn Pinterest Reddit Telegram
Hello, fellow readers! If you want to get in touch with us and participate in our discussion boards, make sure you visit our Forums. We are more than sure you will find something useful there! The forum is new, so be among the first ones to say Hello!
If you are a video game developer and you have a submission to make, you can mail us at team@futuregamereleases.com 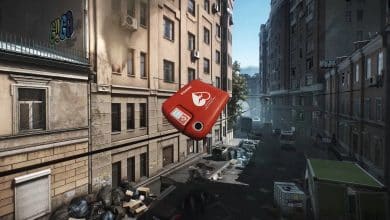 Escape From Tarkov Is Not Getting Defibrillators Any Time Soon

Escape From Tarkov is getting a new backend update