Finally, the long awaited map has been added in Beyond Despair’s interface. This was one of the most important things for all the players because playing without a map is simply hard. 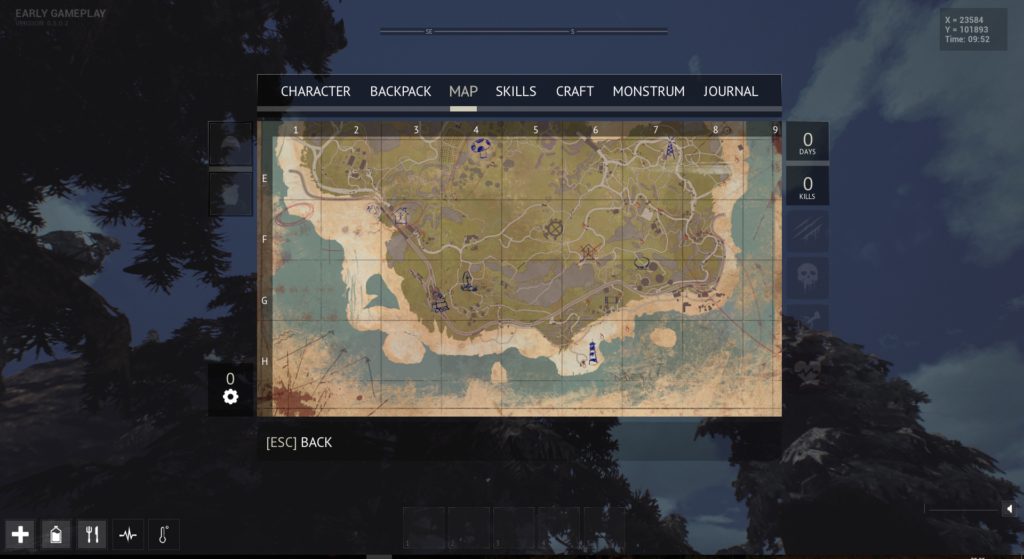 The map can be found in different locations around the world.

There might be more things to finish on the map because it just doesn’t feel complete. However, players can now enjoy exploring Ansora and they will do it a lot easier.

Beyond Despair needed this kind of update.

It’s not just that, there are more changes within the 0.5.1.1 update. Players can now loot more and also add more places with loot. They can also rebind hotbar slots. Audio changes has been done, meaning some bug fixes around that has been deployed.

Creature interactions with anomalies received some changes together with several locations like objects inside walls and rain through roofs. You will no longer be mad because of the graphic issues around this.

Now, alcohol will warm you a little and stones deal small amount of damage.

That being said, localization of the files has been done too.

As the devs said, there should be changes in the following patches around the crafting, punching and melee combat.

However, the resolution issues remain the same and the devs are working around that in order to perform a fix ASAP.

Ansora will be a beter place thanks to the map and the Beyond Despair Update 0.5.1.1.