An entirely unusual event of this caliber to join Ghost Recon Wildlands. As Ubisoft has stated, it’s a unique event that will be available for a limited time. This time, it’s no AI, no Players, but, it’s a Predator who came upon us to take us down. Therefore, we need to defend ourselves and develop a set of skills and hunt him down. 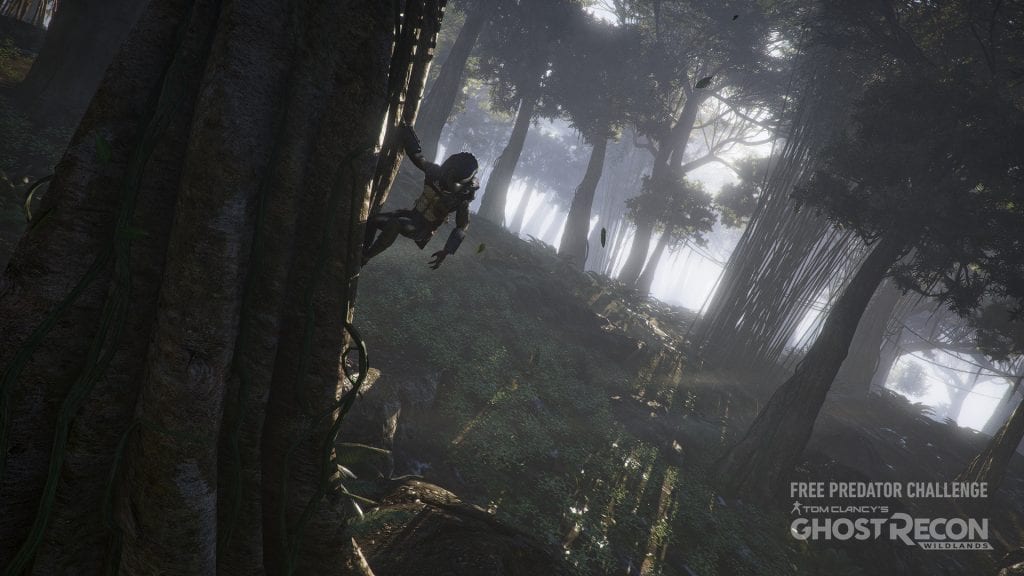 The Predator. Just like in the movie. Having abilities such as stealth, he will be creeping upon you or your party whenever you accept and join the hunt. The Predator brings a lot of rewards. Hunting him down will allow players to get lots of exclusive items like the Predator mask. The Predator mask will feature Predator’s vision, which is probably meant to be a thermal vision.

As a celebration of the upcoming event, Ubisoft has released a new trailer regarding the Predator event. However, the action of publishing this kind of activity changes Ghost Recon Wildlands in more than just Open World Tactical Shooter. It becomes Sci-Fi because the Predator is not very common to see in real life :).

However, enjoy the free event, the Predator Special Event.