Well, this is not every day’s surprise. As an announcement of this caliber, there’s much more to dwell into and discover what Intel’s purposes are when it comes to unleashing this sort of a beast. However, the call has been made, and Intel will indeed launch a 28-core CPU by the end of 2018. 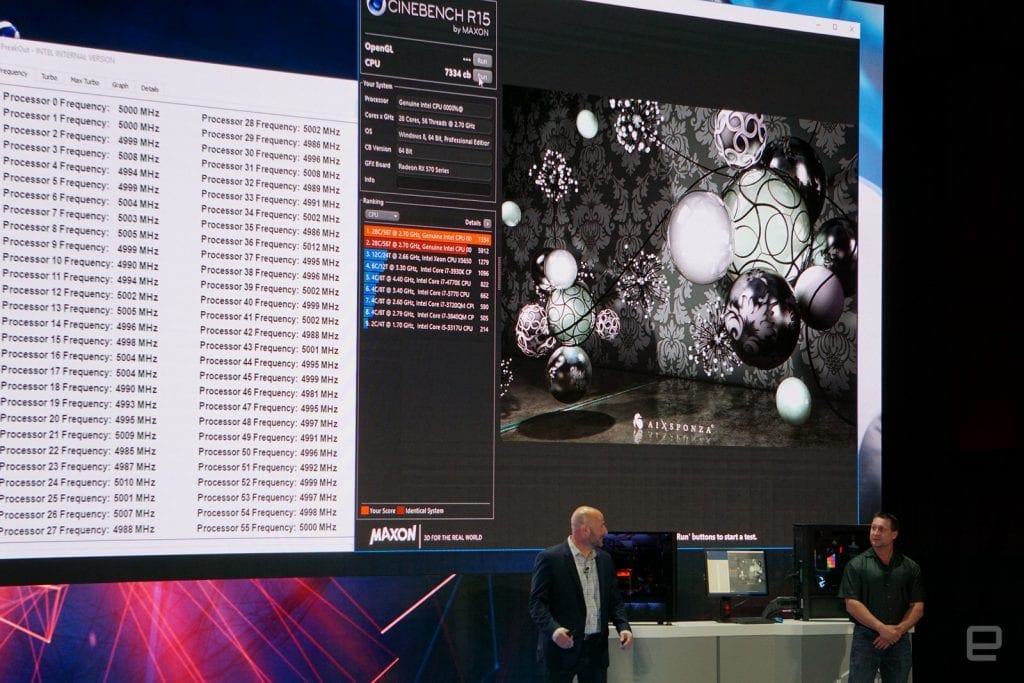 At this year’s Computex 2018, this announcement came as one of the most exciting. Witnessing a 28-core processor demo running at 5GHz is a miracle, and as the technology moves forward, God knows what else we are going to receive. It’s more about the eagerness than the current needs especially in the video gaming industry at the present stage, and Intel is here to satisfy it. So far, these hights could’ve been somewhat achieved by the I9, however, this new beast exceeds the limits in any single perspective.

What’s more surprising is that in Cinebench, the new 28-core CPU has reached a score of 7334, a number that only a multi-processor machine could’ve achieved so far. While most of the audience believed it’s just a plot or a fascinating concept to release it in the distant future, it appeared that Intel has surprised all by claiming that it is planned to release and become available to everyone by the end of the year 2018.

One thing remains unknown, and that is the cost of this CPU. However, as we said, it will be a big snack to take as the current technology satisfies gamer’s needs with full throttle. Despite the numerous predictions and outcomes, it is expected to be escorted with a high passion towards gaming.