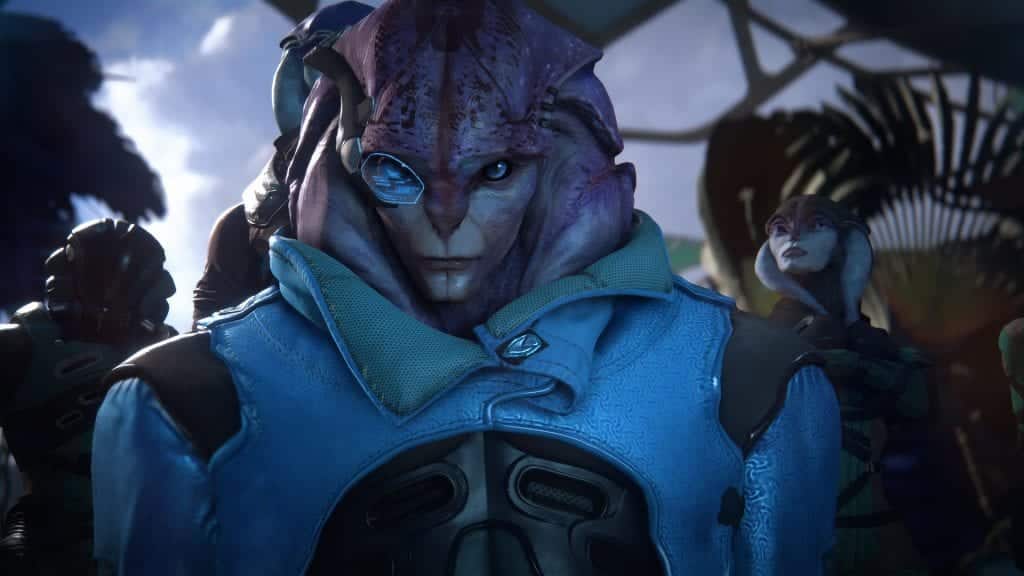 Thanks to the received suggestions, BioWare said that Mass Effect: Andromeda Patch 1.08 addresses the feedback received from the community.

Scott Ryder has an expanded romance options and is now able to romance Jaal. BioWare points that he’s the first character of the same sex he can become romantic with, while also addressing one of the romance-themed achievements. BioWare said it clearly that Scott Ryder did not have a chance to get a squadmate as a romance option before, so there’s one available now. More precise:

Scott Ryder did not have a same-sex squadmate available as a romance option, nor could the achievement for completing three romances be achieved with only male same-sex partners. And as the angara have expressed their fluidity in how they perceive gender, it seemed only natural that Scott could have a relationship with Jaal.

However, we understand that a character’s orientation is an important part of what makes them feel real. The relationships with your crew are some of the most loved and cherished parts of our games, so we wanted to make sure we got it right. We consulted with members of the LGBTQ community, both externally and within our own studios. After carefully considering all feedback, we decided this was an important change to make, and one that made sense for Jaal, Scott, and the angara.

We do not know how Jaal’s male romance path will look like, so can’t wait to see. In order to get this patch you do not need to do anything special, instead, the patch will be auto-downloaded on Origin.