Update 9/28/2018: Trainers, the Ex Raid invitations scheduled on October 1 and October 2 for some Trainers are temporary canceled. Niantic is investigating the case and they are working on fixing the error.

They didn’t reveal when the next, new Ex Raid wave will go live, but we expect to see it soon.

Hi Trainers, we appreciate your patience as we investigated yesterday’s EX Raid Pass cancellation. Unfortunately, due to an error on our end, we are unable to restore cancelled EX Raid Passes. We’re sincerely sorry and are working on fixing this for the next round of EX Raids.

Previous story: Trainers, the new Ex Raid sharing system was introduced with the update v0.119.1 and with the first Deoxys’ Ex Raid invitations players started to share their Ex Passes with their friends. But how does this system actually works?

Just like previously, not all Trainers got an Ex Pass, but with the new sharing feature, a player can now invite other players to join him/her and ‘destroy’ Deoxys together. Now, a lot of Trainers are curious to know how this system works, so I’ve decided to dig a little bit deeper and gather some info on this matter.

Here is what I’ve got so far and if you care to add something else, you’re more than welcome to share it in the comments section below and I will make sure to update it.

Q: Will I get a notification when someone sends me an Ex Pass?

A: You do NOT receive a notification if someone shares an Ex Pass with you, it appears in your inventory. You can then tap on it to see the time and location.

Q: Who can I share my Ex Raid Pass with?

A: Players can share an Ex Raid Pass only with Ultra or Best friend.

Q: Can Ex Pass be gifted when the Ex Raid begins?

A: Ex Passes can’t be gifted once the Ex Raid begins.

Q: How many Ex Passes can my account hold?

A: One account can only have 2 max invites per wave – The one that Niantic sent and the other from a friend.

Q: Can I attend at more than one Ex Raid on the same day and different time?

Q: What if I reject the Ex invitation?

A: If a player rejects the Ex Pass invitation, the player who sent that invitation can no longer send invitations to someone else until the next, new Ex Raid wave. 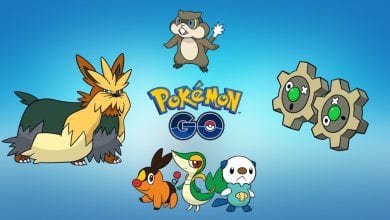