Trainers, the Psychic Type Mythical Pokemon Deoxys will be changing its form once again and the new Speed Forme Deoxys is coming to EX Raids after June 28 as now confirmed by Niantic.

The Psychic Type Mythical Pokemon Deoxys has four different forms, and three of them were already released:

Niantic confirmed on their official Twitter account that Speed Forme Deoxys is coming in any EX Raids occurring after June 28.

In addition, players can become eligible to receive an EX Raid Pass when they win a Raid Battle at a qualifying Gym. To see whether a Gym can host EX Raids, take a look at the Gym’s details.

If you triumph in a qualifying Raid Battle and receive an invitation to an EX Raid, you can check your EX Raid Pass for the date and time when you’ll be able to challenge Speed Forme Deoxys.

The Speed Forme Deoxys will be hard to beat and you’ll need a group of 3+ to defeat this Forme.

will do the job easily!

Prepare yourselves for tomorrow's 14 Days of Summer in Fortnite 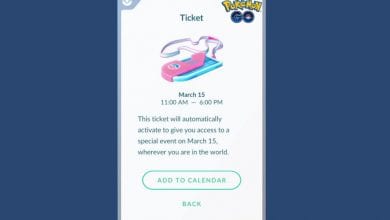