It is time for the Road Trip Challenge, which after completing this week’s quests, hides a Battle Star around the map. As always, the loading screen of the particular weeks pinpoints or hints about the location of the hidden Battle Star on the map. This week, the loading screen hints us on the opposite side of the map compared to the last week. The hint is very simple and easy to understand, so as the location of the hidden Battle Star. Without further due, let’s just jump towards the explanation. 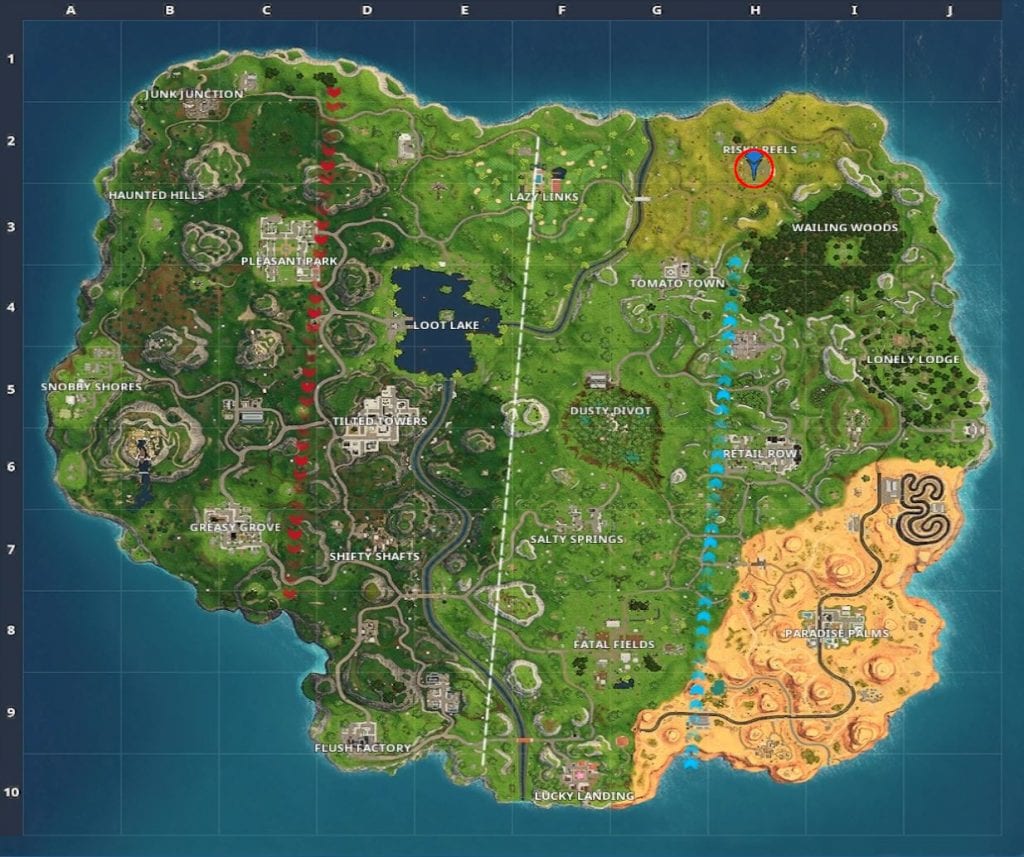 The Grid location clearly states the Battle Star is located somewhere in Risky Reels. But, where exactly? For a better explanation and point of view, check the image below. 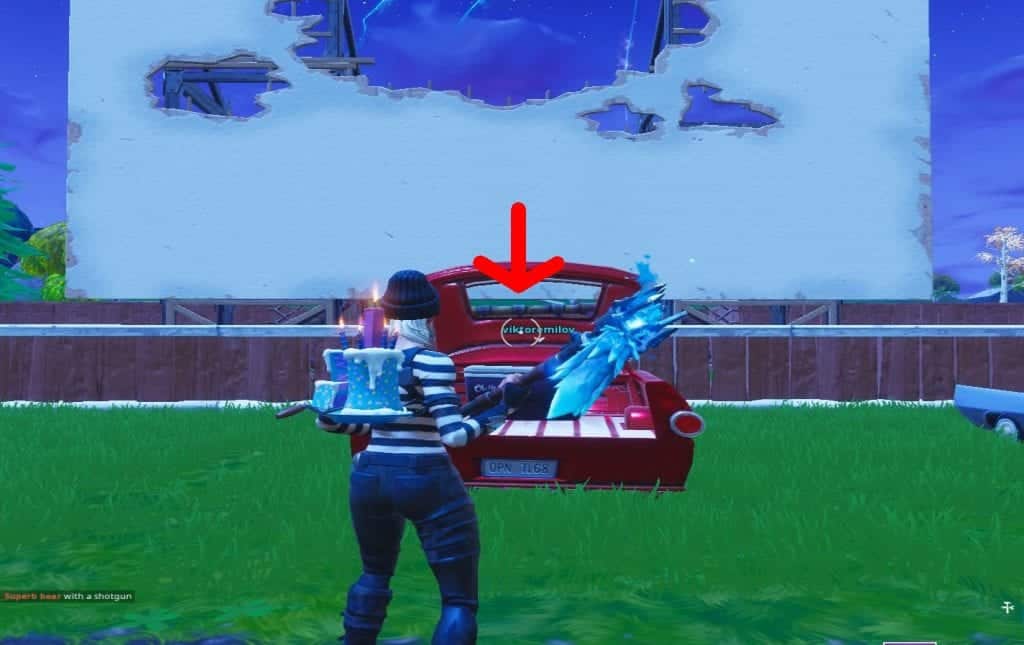 The Battle Star is located on the back of that red car, more precisely on the trunk. The red car is faced towards the big white billboard that suffered from the meteors.

Fortbyte #23 Location – Found Between an RV Campsite, a Gas Station and a Monstrous Footprint