It was about time to put luck aside in PUBG. According to the developer’s latest statement, fate will no longer be a thing in PUBG. That being said, level 3 Helmets are being removed from regular loot spawns and they will be obtainable only from care packages.

Bluehole has also mentioned their monitoring over the Assault Rifle’s usage. Apparently, only certain types of ARs are used in most of the fights, and most of them contain the very same AR builds players are using, confirming they’re quite overpowered. For instance, the M4 rifle.

Just said, the developers are removing the “strongest gun” mentaility in the game, again, just so to spice up the competitivity. Alongside the Helmet level 3 loot spawn and weapon changes, there will also be weapon attachment changes. It will allow a variety of attachments players to choose from and deck their favorite loadout.

According to the developers:

The goal here is to provide you with a wider array of attachment options so you can choose one that best fits your combat situation (rather than any one “best” attachment).

Well, even after these changes the developers believe they will somewhat balance the game, there are some new concerns. Indirectly, the Kar98 sniper rifle may receive a natural buff, and no helmet will be able to deny its deadly shot.

Therefore, is more likely the Kar98 sniper rifle to receive some balance before this goes live. After multiple changes and map selection option, PUBG keeps on moving and building upon the players’ feedback. All the credits goes to the developer as they seem to answer appropriately to every single feedback.

Niantic Support Confirmed, It's not a Temporary Lock - It's a Permanent Termination 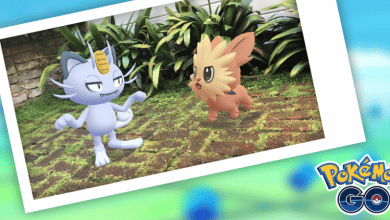