We’re currently in the fourth week of Fortnite Season X, and as in previous weeks, there a secret Battle Star assigned to it. After completing all of the challenges for week 4, the Secret Battle Star becomes accessible at a certain area on the map. To acquire it, you simply need to decipher the hint and locate the Battle Star. But, worry not, as we’re here to help you with that.

Usually, the Secret Battle stars are hidden within loading screens, so as this one the same. After unlocking the loading screen for Week 4, make sure you take a closer look at it. 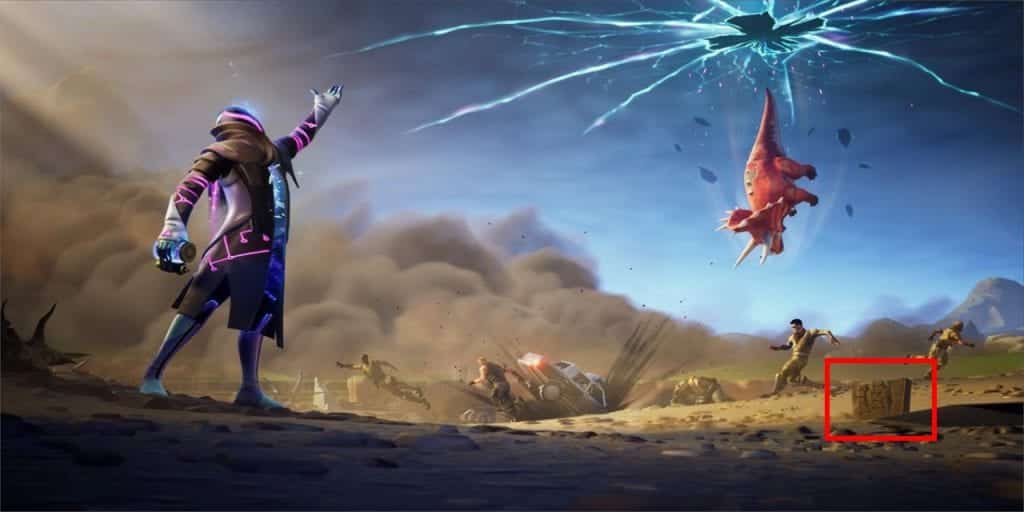 The image above has a plate with carved grid coordinates. Those coordinates point to I2 I3, J2 J3. Having four of them means they collide, which makes it easier. The location is just east of Sunny Steps. For a more detailed overview, check out the image below, in which the location of the Secret Battle Star is highlighted. 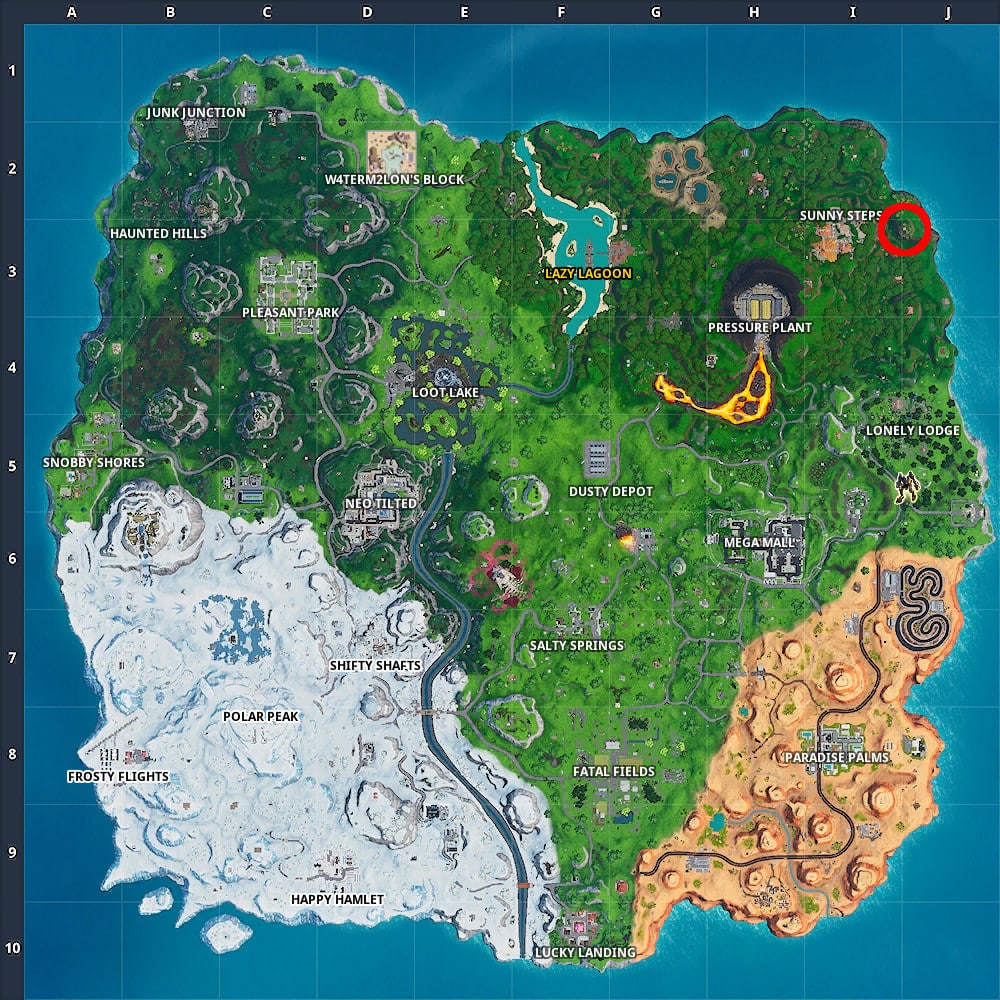 With this, we can conclude this guide as successful, as the location of the Secret Battle Star is successfully pinpointed. Have a nice Fortnite weekend everybody!