The long-awaited climbing and vaulting feature is about to become a thing very soon. By coming on the Test servers first then transferring to the live servers, the enhanced movement will allow players pass obstacles a lot easier. There will be blood, oh, bugs… no doubt, and we’re ready to anticipate what Playerunknown’s cooking.

In the previous Test server update, Playerunknown’s Battlegrounds avoided the integration of the new climbing and vaulting feature because of necessary anti-cheat measures. Those had to be done because of the increased number of hackers. The new update is scheduled to come tomorrow, despite its unstable content. After all, that’s Test Servers purpose, so players can have their impact on finding bugs and glitches before the live release comes through.

As noted by Bluehole, the schedule is as following:

Players might experience crashes as this is not the full test server version and comes with some glitches by itself. Now, a lot of the fans would ask themselves why is Bluehole releasing something that needs further polishing? Well, we honestly do not have the answer to that question.

Despite the climbing and vaulting feature, ballistics update that is going to improve the bullet velocity and make it realistic. It also includes a weapon balance regarding weapon accuracy and will tweak some of your favorite weapons. Characters’ hitboxes will also receive some changes. 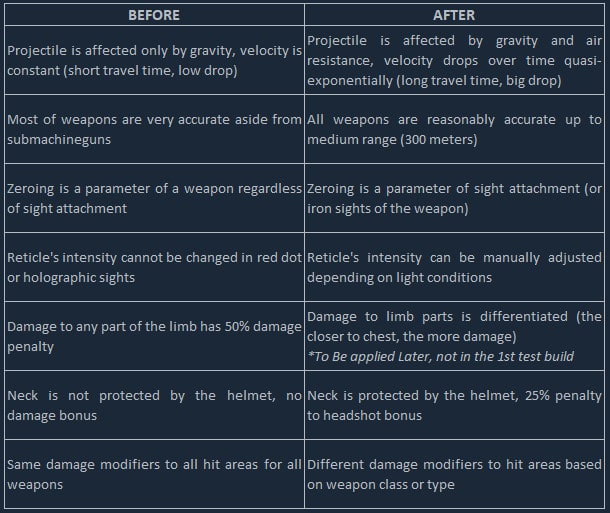 If you’d love to see the detailed patch notes, make sure you visit the official Playerunknown’s Battlegrounds Steam Page.