Three new mods are coming to Skyrim Special Edition on PS4, Xbox One and PC as announced Anne Lewis, the Global Content Manager at Bethesda.

There are three new free mods coming to Skyrim Special Edition this month, November, available on PS4, Xbox One and PC, and only one mod will be available to play on all platforms. The last two, are going to be available only for PC and Xbox One.

The first mod is Every School Damage Magic. This mod will be available on all platforms and adds four new spells, one for every school of magic, except Destruction. They are pretty much the same as Fireball, but with smaller radius and duration. Here are the spells:

The second mod is The Wolfqueen’s Hunger, available for PC and Xbox One, and adds a new weapon that can be found only in the Catacombs, beneath the Blue Palace, obtainable only after you defeat the Wolfqueen Potema herself- it’ll be laying against the boss chest in the locked room beyond her arena.

The third and last mod in Skyrim Special Edition for this month is Battlemage Armor. This mod is available only for PC and Xbox One players and contains an armor for a Mage. This armor is hard to get to and well hidden by design. You can only get to its location by doing the Mages Guild quest line. (If you hit the Word Wall you’ve gone too far), explains UberSmaug.

Dejan KacurovNovember 3, 2017Last Updated: November 3, 2017
0 1 minute read
Facebook Twitter LinkedIn Pinterest Reddit Telegram
Facebook Twitter LinkedIn Pinterest Reddit Telegram
Hello, fellow readers! If you want to get in touch with us and participate in our discussion boards, make sure you visit our Forums. We are more than sure you will find something useful there! The forum is new, so be among the first ones to say Hello!
If you are a video game developer and you have a submission to make, you can mail us at team@futuregamereleases.com Fallout 4 will get free next-gen update in 2023 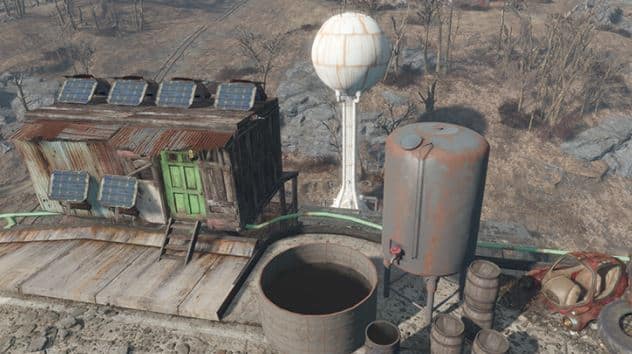 Fallout 4 Free New Mods for PlayStation 4, Xbox One and PC in January Revealed