For those who don’t know or are not familiar with. Killing Jaina will be rewarding, something similar to Legion’s Nighthold Raid. Namely, everyone available of killing Jaina on mythic difficulty will be rewarded with a new fresh looking elemental mount.

The mount has been datamined by who else if not Wowhead and has been posted within a Thread on Reddit. You can find the mount in the picture below, and also follow it to the original post.

Many players believe that Wowhead is spoiling future surprises in World of Warcraft, and is also helping the players gear up with the needed gear a lot faster than before. Maybe Blizzard should decide to stop the PTR for one single expansion and forbid datamining thanks to it.

Therefore, guilds and players would actually need to “TRY” harder in each of their encounters. Most of the hardcore WoW players are familiar with Tides of Vengeance because of these fore-known prophecies.

Titanfall 3 with a potential release in Spring 2019 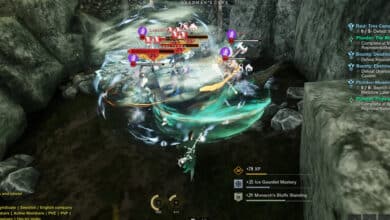