Infinity Ward has announced that a need for further weapon tuning has been brought up to their attention. Well, it wouldn’t be a surprise, especially since we have the 725 Shotgun, which is pretty much one shot at close to mid-range. But, why is the M4 among the nerf potentials?

A lot of frustrations have already raised regarding the potential M4 nerf. But, since the beginning of the game and the blueprint that is given to the players at a low account level, they have a stomping power in their hands that doesn’t correlate well with the account level. The M4 blueprint grants access to high-level attachments to further adjust your weapon performance.

Well, based on our knowledge, the M4 is also packing a devastating punch power. The victim is usually finding a rough time to respond because of the aim punch. Being shot by an M4 is not a pleasant feeling, and we believe that after the upcoming nerf, the M13 (my personal favorite) will become one of the best choices.

Call of Duty Modern Warfare has launched on the right foot and is still noticing a lot of surprises. According to Modern Warfare’s multiplayer co-director, Joe Cecot, weapon tunning is scheduled for multiple weapons, and the biggest contenders based on player feedback are the M4 and 725.

Ashton Williams, which is a communication manager at Infinity Ward, has also confirmed that bug fixes, footsteps, claymores, and more changes are about to go live together with the weapon nerf update.

Pending any unexpected issues, we’ve got an update rolling out over the next few days that improves stability across all platforms, fixes bugs, weapon tuning, footsteps, claymores, and more.

It is necessary for Infinity Ward to address all of the known issues, and based on the feedback to make this game a lot fairer and more beautiful. Speaking of fairness, some maps need to be witness slight changes too.

Escape From Tarkov's Buried Stashes Are Still Being Discovered 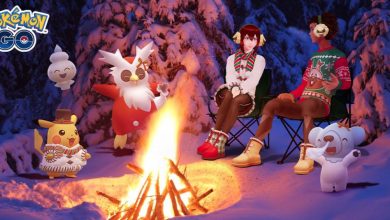