The Dark Pictures: Little Hope is Bandai Namco’s cinematic horror creation. The game is supposed to arrive on the PlayStation Store on October 30. As a celebration to the announcement, Bandai Namco published a new trailer that discovers a darker turn for the anthology.

Overall, this is a second game inheriting from the Dark Pictures Anthology, with each one of them being utterly unique in both story and playability. In this game, players will be eligible to take each of the protagonists on a different patch. With multiple journey endings, the game is supposed to introduce a substantial amount of content and ensure entertaining replayability.

Below you can also find a portion of the game’s new story.

Abandoned and all alone after their bus crashes in bad weather, four college students and their teacher become stranded in the isolated town of Little Hope. Trapped by a mysterious fog, they search desperately for a means of escape whilst terrifying visions from the past haunt them from the shadows. After bearing witness to the town’s gruesome past, and the terrible events of 17th Century Witch trials, hellish beings pursue them relentlessly. Trapped in Little Hope they try to figure out the motivation of these demonic apparitions before the evil forces at work drags each of their souls to hell! 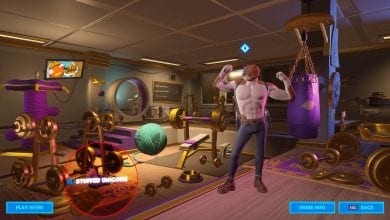