Monstrum is a first-person survival horror game made by Team Junkfish and Published by SOEDESCO.

User Rating: Be the first one !

Hello beloved readers. As a player myself, I have decided to do a little review on Monstrum, which I believe will help many players out there. This game is a first-person survival horror game made by Team Junkfish and Published by SOEDESCO.

The horror game revolves around players who are stranded on a ship packed up with traps, hazards of all sorts. To top that horror effect, the developers have decided to add another passenger, a beast-like, which is quite terrifying and deadly. The player’s quest, mission, whatever you want to call it, is to search the whole ship to find an escape door by eluding the monster that is going after him/her. The player has to avoid being killed by all means.

Three monsters will stalk you, one being the spooky Fiend, the relentless Brute, or the sneaky Hunter. Each of these monsters has its unique way of following your steps, which adds to the game’s adrenaline. You will recognize the Hunter by its appearance, a skeleton with a gelatin skin that is quite hard to see, especially in places without light, kind of a jellyfish appearance or an amoeba. Its structure is human-like, but with three jaws (two of them are coming out of the side of the monsters head). It has enormous, long fingers with sharp nails, used to grip its prey (YOU!!) better.

The Hunter shows a predatory behavior, relying on its ability to lure the player into its trap. It is an above-average intelligent creature, sensing the player’s every move, which makes many steps ahead of the player. As it can move through vents, it can almost always find the player’s hiding spot. If it suspects that the player is hidden in a particular room, it will sit, lay still, until the player moves. The Fiend has a similar accuracy of tracking its prey, but the Hunter is definitely on top of the list. As mentioned above, its ability to corner its target is not great when chasing the player. The player is faster and quicker in actions in a chase, so if you succeed in outrunning the Hunter, you will not have problems tackling it later. The Hunter can climb up through holes of the cargo hold without any pain.

Do not be fooled by its appearance. The Hunter has enormous strength. It can demolish a wooden door in a matter of seconds with ease. If a door is unlocked, it can open them manually, but my advice is to keep all doors in your surroundings locked. Finally, like every creature, this one has its weakness, power-locked doors. This monster, for some reason, is unable to unlock these doors from either side. Its unique ability is always being nearby the player. Similar to a leech, it is always somewhere near you. To clarify this ability, I was involved in a chase with The Hunter on one side of the ship, and then I ran off to the other side. Mistakenly, I set off an alarm, which made a deafening noise.

The Hunter then came out of a vent (in other situations, it crawled from a railing on the side of the ship), because it must have gotten there before me. Another exciting thing about this monster is that it plants egg sacks in random places, and when a player comes near them, they explode. These egg sacs can be found everywhere, on the floor, on a wall, ceilings. These egg sacs can spawn at any time and disappear in a second. The other type of egg sacs is the sac that does not despawn.

These are called static spawned egg sacs, which can be found in the cargo hold. In this room, the player must be cautious. If a player happens to see them, the Hunter is actively chasing you and trying to corner you. If a player happens to trigger them, the Hunter may emerge from them, making it easier for it to catch you. The egg sacs that appear outside of the cargo hold can disappear whenever the Hunter is hunting you on foot. After a chase, if you happen to see egg sacs, this means that the Hunter has become tired and is “safely” returned to its “home.” It is almost impossible to detect the Hunter, but there is an instance where the Hunter is chasing its prey through the vents (which is a quiet place), so the player might hear some sounds when the Hunter makes while emerging.

You might also hear its footsteps, which sound like a wet slapping sound. This means that the player is in great danger, as the Hunter is making that sound when trying to find the player. The player must track these footsteps because, by the sound, a player can judge whether the Hunter is near or far away from the hiding spot. When the Hunter is searching for the player, it makes many screeching sounds to even add more trepidation. This can also help the player to determine where the Hunter is.

The second monster of the game is called The Brute. This is a large, heavy-built, bipedal monster. At first sight, it looks like a rock of lava with a glowing core that has orange light coming from its mouth and eyes. Its hands and feet are incredibly human-like. Judging from the name, it has a skill set of an immerse strength and aggression. It is considered as the “dumb” monster, so distractions and noises can easily lure it. However, please do not make the same mistake as me by underestimating it, because it will use every possible shortcut in a chase to get the player. Its speed is the fastest out of all of the monsters, and to top that off; it does not even care about the doors. It will go through them like a lighting bolt. It is extremely dangerous in tight areas because the player has very little time to find a hiding spot one the Brute spots them. It is not faster than the player, though, which is unable to catch them if involved in a straight sprint. It moves quite slowly when it is not actively searching for the player, so it is the least dangerous to deal with in an open area (it is easily seen from far away because of its humongous appearance).

As mentioned above, the Brute is very, very strong, and not bothered by other obstacles. It goes through them with a little effort, even if they are power-locked, unlike the Hunter. It can ascend through the holes of the cargo hold quickly. Its unique ability is being immune to fire, which means that it cannot be stunned by a flare gun. I am quite sure that you can hear its loud footsteps. One tricky thing with the Brute is that the player might think (based on its footsteps) that the monster is above them, while, in fact, it is on the same level as the player. Unlike the Hunter, the Brute can be seen from a mile in a dark room because of its orange light. Sometimes, its roar might mean that it has finally found the player, but sometimes it might mean nothing (as I detected while playing this game).

The Fiend (you might think that it is your friend, but it is the opposite of it) resembles a corpse-like demon, having a jagged and withered humanoid body structure to its big, long head. It has two empty dark sockets with pin-prick pupils glaring out from beneath them. A terrifying skeleton-like appearance, but with its ribs exposed. It is followed by a purple aura, resembling a hazy fog. The Fiend has supernatural, telekinetic powers. It is said to be the most intelligent monster in the game, but it is not drastically more intelligent than the Hunter or the Brute, as I have observed it. It just understands better when it has been tricked, but it will not linger in a room for a long time unless it sees the player enter that room. If this monster senses that the player is nearby, it can duck for a bit, but it will not inspect every hiding place in the room. Surprisingly (given the title as the most intelligent monster), it can be outsmarted if done correctly. However, given its persistence in searching for a focused area, it becomes one of the most difficult monsters to get away from. Its “favorite places” are the Upper Deck and the Engine Room. In these places, the lights are constantly flickering, which activates the player’s fear of not being discovered, despite the lights.

It is not faster than the player, but it is faster when it is not chasing its prey. By levitating itself, it can go through holes of the cargo hold rapidly. It is, without any doubt, the weakest monster in a physical way, but its telekinetic powers are the ones that make this monster very dangerous. It has to unlock a door first before opening it, which gives the player a chance to re-lock it.

The Fiend has the widest set of special abilities, from paralyzing a player to being able to shut every door within its radius. When the player is paralyzed by it (the player must be in its line of sight to do this), its duration is around 2 seconds. If it happens to paralyze the player three times within 10 seconds, it instantly kills the player. Because of its ability to lock every door in its radius, it can easily trap the player in a room. I noticed a disturbance in some electrical systems when the Fiend was passing by them. One negative thing is that the player cannot hear the Fiend while it is moving because it does not make any footsteps, so the player must rely on its sounds. I am not sure whether this is intentional or not. Still, as mentioned above, when the Fiend passes by some electrical system, it causes it to short out, flicker more intensely when it is near them, until finally shorting it out, but it will turn back on when the Fiend is not near them. The Fiend’s ability also affects the flashlight the player has, which is a vital tool for detecting this monster.

This game is not your typical survival horror adventure. The ship is designed to be constantly lost through the labyrinth. Once a new game is being booted up, you will get new rooms, pathways, and items. And for everyone asking, yes, every time you do this, you get a different monster. 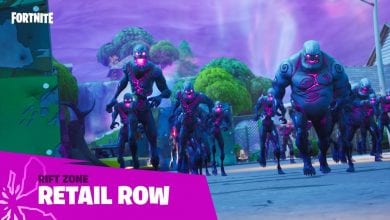 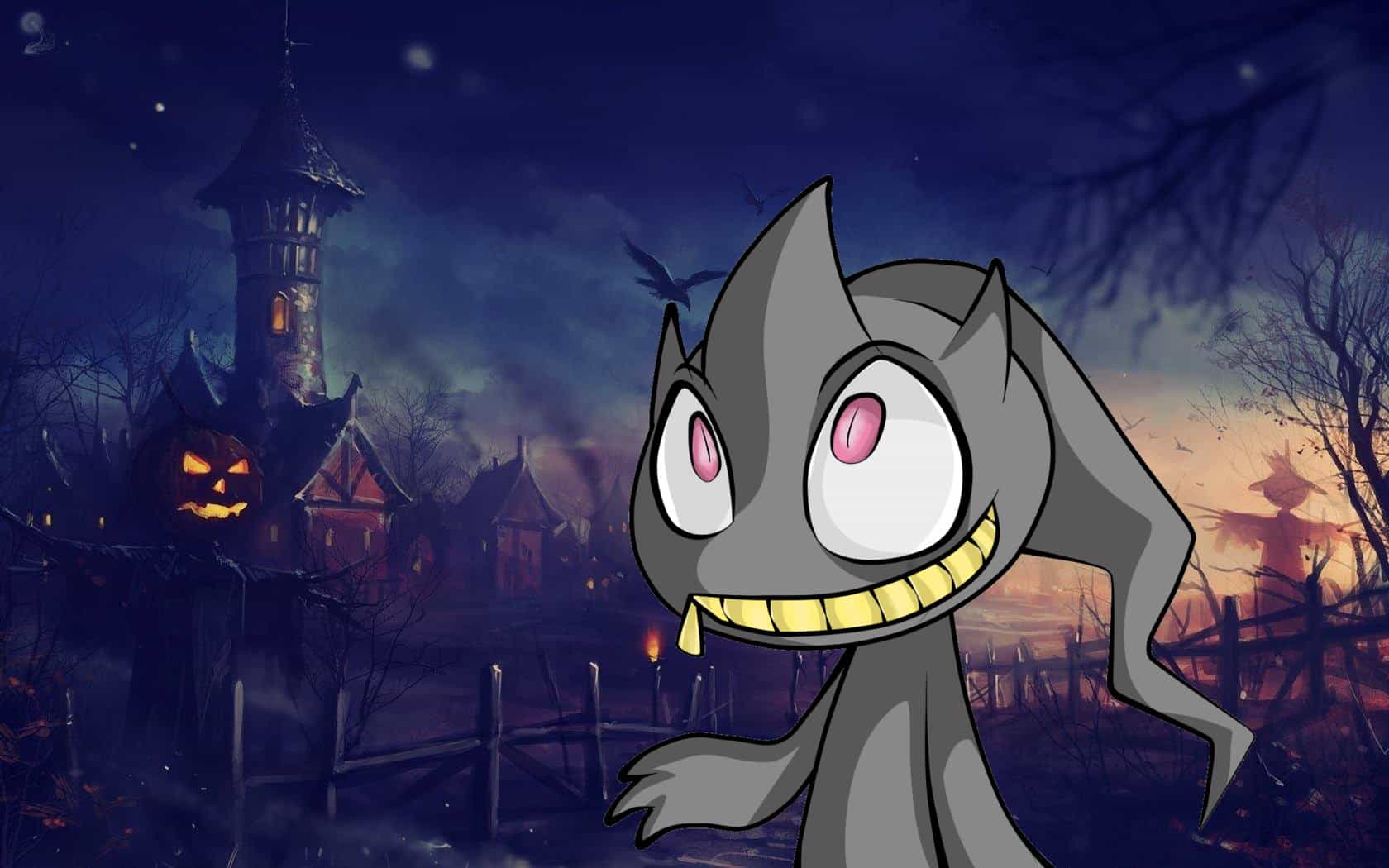