Firaxis and 2K Games have released a new video announcing Civilization VI’s upcoming DLC, and Vietnam will be the newest Civ. According to the video, Vietnam will be a DLC that’s going to be mostly focused on culture and terrain.

The video also revealed a new leader that will be coming to Civilization 6. It’s going to be the ruthless but jolly Kublai Khan who’ll serve as an alternative leader for both China and Mongolia.

With every new DLC, comes a new game mode to spice up your experience. The Monopolies and Corporations game mode will make Civ 6’s economic gameplay better, giving players the ability to create their own industries that will grant bonuses to their Civilization.

All of these additions will be available in Civilization VI’s upcoming DLC which is going to release on January 28th for all platforms. It’s going to be a part of the New Frontier Pass, known as the Vietnam and Kublai Khan Pack. Vietnam’s leader still remains hidden, along with more in-depth information around the Civ, so stay tuned.

Hello, fellow readers! If you want to get in touch with us and participate in our discussion boards, make sure you visit our Forums. We are more than sure you will find something useful there! The forum is new, so be among the first ones to say Hello!
Tags
2k games civilization 6 civilization vi Firaxis Games 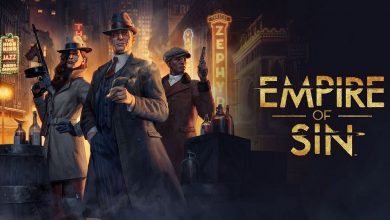