Abandon is a cinematic horror survival shooter. Earlier this week, it was announced as an upcoming PS5 exclusive, for now, to discover that it will have its full E3 schedule. The game will take place at this year’s biggest worldwide electronic entertainment experience, which should showcase its gameplay. It will be the first-ever reveal.

The gameplay was first announced in a recent interview with Dutch outlet, Gamer.nl, in which Director Hasan Kahraman revealed that the full gameplay trailer for the game would arrive somewhere around E3 2021, which starts in June. Keeping in mind that E3 2021 begins on June 12 and ends on June 15, it’s more likely to see the gameplay reveal debuts during the event.

Abandoned will be a PS5 exclusive. Thanks to the recent announcement, you can take at the game’s description below:

The story is centered around Jason Longfield, who wakes up in a strange forest. Abandoned and not remembering how he got there, Jason soon finds out that he was kidnapped and brought there for a dark purpose. Fighting for his survival, his main goal is escape.

We want to deliver a uniquely personal gameplay experience, one that feels realistic. Every event has an influence on your character. If Jason is out of breath after sprinting (or is afraid), his firing accuracy will suffer. Unlike action shooter titles, firing weapons in Abandoned will be really slow. You will need to be tactical in order to survive.

Our studio is focused on crafting a cinematic style, first-person story. This is no fast-paced shooter in which you just run, aim and shoot. Abandoned requires you to hide and plan every shot before pulling the trigger. We want you to be nervous come each and every enemy encounter. To be aware that a wrong move can be the deciding factor between surviving a combat scenario or not.

Hello, fellow readers! If you want to get in touch with us and participate in our discussion boards, make sure you visit our Forums. We are more than sure you will find something useful there! The forum is new, so be among the first ones to say Hello!
Tags
Abandoned Blue Box Game Studios 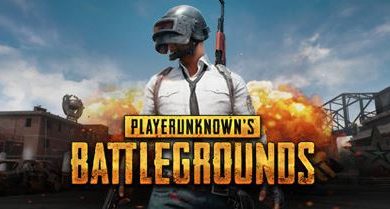