A game that will be released later this year, Vengeance is Mine, will be having a title song composed by an Oscar award-winning composer.

The composer in question is Giorgio Moroder, a person that is well known among the people, with many awards in his name. The singer that will be featured in the title song is Stefanie Joosten, and coincidentally enough, she is the creative director in Vengeance is Mine.

The upcoming third-person melee combat title will offer its players the ability to speed up time or rewind it. The players will follow the main character of the game, Gabriel Jaeger, as he tries to get an act of revenge on his brother for trying to kill him.

The game will launch (supposedly!) on PS5, Xbox Series and PC.

Have you heard anything about this game? Do you like it so far?

Tags
110 Industries Vengeance is Mine

Ivana KachurovaMarch 7, 2022Last Updated: March 7, 2022
0 1 minute read
Facebook Twitter LinkedIn Pinterest Reddit Telegram
Facebook Twitter LinkedIn Pinterest Reddit Telegram
Hello, fellow readers! If you want to get in touch with us and participate in our discussion boards, make sure you visit our Forums. We are more than sure you will find something useful there! The forum is new, so be among the first ones to say Hello!
If you are a video game developer and you have a submission to make, you can mail us at team@futuregamereleases.com 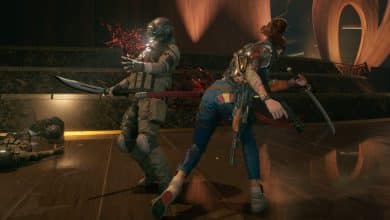