Riot Games has announced the start of Valorant’s Act 2, which update power is scheduled to bring new content, a brand new game mode, and a new Agent. If you haven’t heard about Killjoy (the upcoming agent in Valorant), then we recommend you to learn more about him over here.

Killjoy is a female, which, according to her abilities, is no stranger to engineering. Shortly after Act 2 arrives, Killjoy would probably be the most annoying bombsite defender due to her turret ability, including the significant lockdown, which is her ultimate.

But, there’s even a bigger surprise to arrive with Act 2. Practice makes perfect, and thanks to the new Deathmatch mode, players will be able to practice their aim without queuing for a regular match. Thanks to the new free-for-all Deathmatch mode, Valorant’s training grounds will expand considerably. Honestly speaking, this game mode should’ve been added to the game at launch.

As a celebration of Valorant’s Act 2, Riot Games has published a new trailer that reveals a brand new bundle, called Glitchpop (video at the top of the article). The Glitchpop bundle will consist of multiple weapons, including a melee one, similar to any high tier bundle before. However, the Glitchpop bundle will join the item shop a day before Act 2 arrives, and that is August 4.

Are you excited about the Deathmatch mode? Let us know in the comments below! 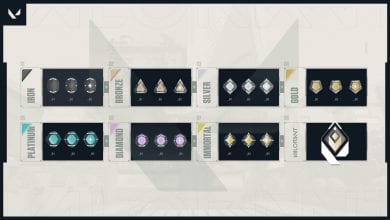