2K Games has released the first WWE 2K18 gameplay trailer. Despite the fact that the PC version of WWE 2K18 is still unknown, it should arrive after the console release.

Judging by the trailer, we can witness that tWWE 2K18 will include some “sick” moves and animations. I mean, 2K games are probably the best ones at doing that. WWE 2K18 will get an enhanced graphics engine, better lighting, reflections and improved models, just what players have been eager to experience.

Hopefully, everything will come out as we expect, and WWE2K18 will bring lots of improvements on a whole new level.

Take a look at the trailer below, posted by IGN:

Angel Kicevski Follow on Twitter September 18, 2017Last Updated: September 25, 2017
0 Less than a minute
Facebook Twitter LinkedIn Pinterest Reddit Telegram
Facebook Twitter LinkedIn Pinterest Reddit Telegram
Hello, fellow readers! If you want to get in touch with us and participate in our discussion boards, make sure you visit our Forums. We are more than sure you will find something useful there! The forum is new, so be among the first ones to say Hello!
If you are a video game developer and you have a submission to make, you can mail us at team@futuregamereleases.com 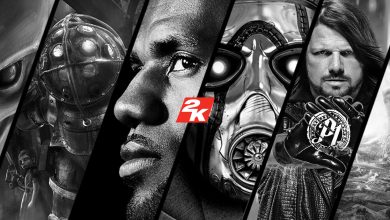