Epic Games have done a right amount of both official and stealth-updates, for which some of the players have encountered unusual objects, gameplay content, and another type of excitement in the game. It appears that some players have had the god’s chance to find a vending machine offering them to buy their favorite weapons in trade for materials.

If an update of this area happens, it will surely allow and boost players’ confidence of anticipating a highly populated area of the match, hence giving them more options to obtain loot on their own. That’s Vending Machines’ purpose at first place, and no, they won’t offer any drinks or snacks.

How is it going to work?

Well, Fortnite Intel has recently discovered a new update has added the Vending Machine, for which it will allow trading spare materials for extra gear by choice.

Below you can find the image: 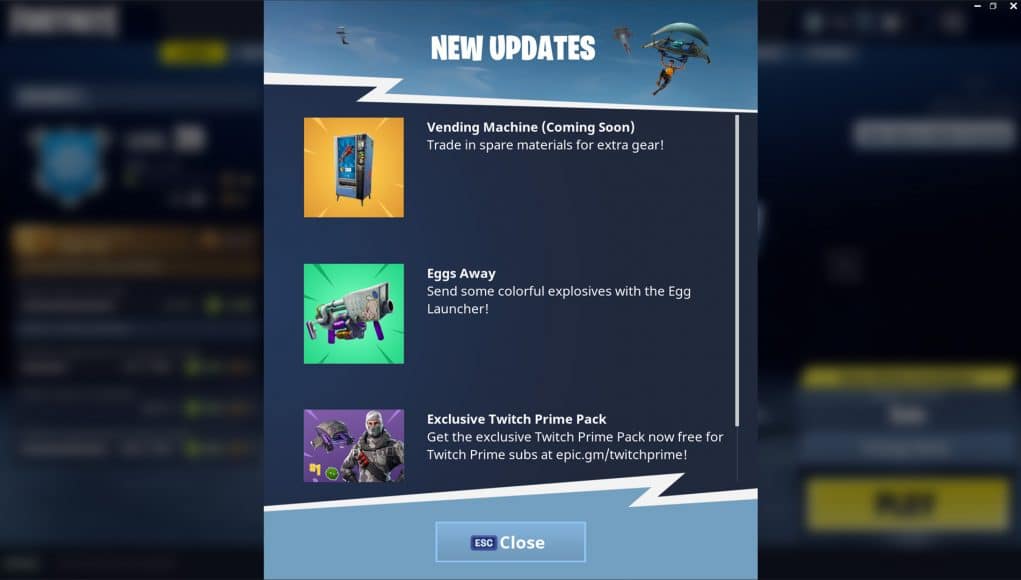 That being said, it is now expected the Vending Machine to join the game a lot sooner than the rough prediction of late. The Vending Machine update will inevitably build up and twist the current gameplay, and maybe change the gameplay’s order in such a way that players will begin first to gather materials and then hit their favorite Vending Machine.

As much as it may sound strange to give a reason for players to do that, some of the Vending Machines may be better than others by containing a better gear nonetheless. Epic Games hasn’t concluded anything regarding the upcoming Vending Machine update but is more likely to join the excitement sooner than later.

Fun fact is how Fortnite, being an underdog in comparison to PUBG has successfully made to somewhat the same level or maybe better. The reasons for the success are the perfect updates, without producing any headaches after every following update. It is mostly known as Epic Games’ perfection at its best, but if there’s another definition for it, make sure you post it down in the comments section.

Middle-Earth: Shadow of War will remove micro-transactions with its next update