Rage 2 is not in plans of supporting modding at launch, which opens a question and a room by idSoftware that modding will become available during later stages. idSoftware is common in these situations as they’re a developer that has dealt with certain circumstances by allowing modding in previous games.

Therefore, the chances are that it cannot be rained out, but instead, it may come a bit later than usual. Thus, fans who want to unleash their creative side and create something will also need to wait after the official release occurs.

This has been confirmed in a PCGamer Interview where Tim Willits, idSoftware’s game director has confirmed

Rage 2 will not support modding out of the gate, but that doesn’t mean it never will. You know that at id Software we’re big into mods, so we know it’s important, we just haven’t figured out that roadmap yet.

Therefore, there’s nothing that could be ruled out as we’re still before its release and there are certain possibilities that modding will be enabled in later stages. It is also quite a usual and surrounded way of developer allowing third-party creators to take place in their game. If you remember, DOOM Eternal is also idSoftware’s product, for which modding was not available during the beginning.

However, what exactly is going to happen, we’ll have to wait and see as RAGE 2 is coming out Spring 2019.

Amie GammonsAugust 13, 2018Last Updated: August 13, 2018
0 1 minute read
Facebook Twitter LinkedIn Pinterest Reddit Telegram
Facebook Twitter LinkedIn Pinterest Reddit Telegram
Hello, fellow readers! If you want to get in touch with us and participate in our discussion boards, make sure you visit our Forums. We are more than sure you will find something useful there! The forum is new, so be among the first ones to say Hello!
If you are a video game developer and you have a submission to make, you can mail us at team@futuregamereleases.com 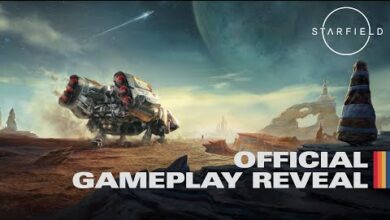