NetEase Games has announced that in China, Minecraft is no joke and players correlate it to something very serious. Huge numbers have surfaced, pinpointing Minecraft’s success in China, leading to a transcultural success. Mods, player base, downloads, everything has been exposed and NetEase Games is glad to announce its recent success.

Minecraft has always been an intriguing video game, and since early release, it never lost the sense of content. It is definitely the title in which you can have proper fun, without even being pushed to, or bothered to do any forced actions.

In China’s gaming industry, Minecraft is arguably one of the most downloaded games, as thanks to the recent press release it can be easily confirmed. NetEase, the local Minecraft Publisher, has stated, mods created by 2100 developers have been downloaded 1.36 billion times. These numbers come only from the domestic players, achieving a new milestone of 200 million players.

According to Minecraft’s local publisher NetEase Games, 25,000 Minecraft mods created by over 2,100 developers have been downloaded 1.36 billion times in China with its domestic registered players passing a milestone of 200 million, making China one of the biggest blocks of the sandbox legend.

When navigating the world largest and fast-growing game market, many western games are facing cultural barriers. Minecraft’s transcultural success, however, could be explained by how it has become integrated into modern China and also its glorious past. Thanks to a dynamic and creative Minecraft community deeply rooted in the local culture, many projects are currently being built to represent the ancient Chinese architecture in the game.

The transcultural noun stands for a reason, as community and modders have managed to recreate some of the most iconic places in China, within Minecraft itself. Overall, many projects that are present in the ancient Chinese architecture have been built in the game, and it is about to continue within the same pace.

As stated by NetEase Games:

Minecraft China is being used to revive historic icons, such as the Forbidden City, and to provide the public with a more interactive way to cherish them on mobile devices or PCs. The National Architect & Cthuwork Studio spent over three years recreating the Imperial Palace within the Forbidden city which used over 100 million Minecraft blocks in its construction.

Such as the Meridian Gate of the Forbidden City, see pic below:

Not to mention the recent loss of France, the Notre-Dame cathedral which left the whole world shook, being reflected with a precious line of blocks in Minecraft. 100 Minecraft blocks were needed for its complete creation. Take a look at the image below: 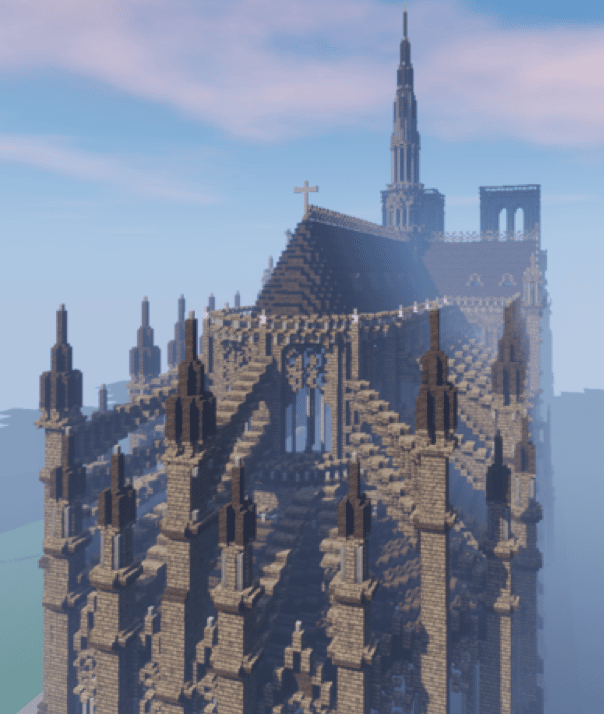 All of this surely confirms the Minecraft sensation in China, and its vast success with over 1.36 billion downloads. This definitely marks Minecraft’s transcultural success in China.

Amie GammonsMay 31, 2019Last Updated: May 31, 2019
0 2 minutes read
Facebook Twitter LinkedIn Pinterest Reddit Telegram
Facebook Twitter LinkedIn Pinterest Reddit Telegram
Hello, fellow readers! If you want to get in touch with us and participate in our discussion boards, make sure you visit our Forums. We are more than sure you will find something useful there! The forum is new, so be among the first ones to say Hello!
If you are a video game developer and you have a submission to make, you can mail us at team@futuregamereleases.com

Xbox One X Will Arrive In Europe at Gamescom 2017, Germany