We all know the biggest surprise nowadays, and that is seeing Keanu Reeves in Cyberpunk 2077. During its first appearance at this year’s E3, Keanu Reeves discovered CD Projekt Red’s approach to his persona, and how everything evolved in a collaborative manner.

Apparently, while everyone was thinking Keanu Reeves appearance in the game was just for popularity, CD Projekt Red has claimed the opposite by stating that is a really meaningful character in Cyberpunk 2077. He will be one of the assistants found in video games, that usually help gamers find their way by providing a solid piece of information on each encounter. Will it be a quest giver? Possibly, as it is known that as a player, you will have to merge forces with Johnny Silverhand to operate better in the underbelly of the city.

After the reveal at E3 2019, Keanu Reeves will be playing Johny Silverhand, known as influential Rockerboy and lead singer of the Samurai band.

Being the second character in terms of spoken lines in two weeks at CD Projekt Red’s studio entitles the character with the main role rather than secondary. Keanu Reeves had spent over 15 days at the studio recording. As Keanu Reeves stated during his appearance at E3 2019, he has been drawn by CD Projekt Red’s idea, similar to what the story of Matrix has managed to accomplish.

No doubt there are going to be many ways to play the game and accomplish side missions on the course through it, as compared to The Witcher 3, which clearly still dominates the genre fairly well.

Just to notice, the game already started bolstering through selling charts both on Steam and GoG, becoming the best seller just a day after it’s pre-order availability came online.

Hello, fellow readers! If you want to get in touch with us and participate in our discussion boards, make sure you visit our Forums. We are more than sure you will find something useful there, as most of the news are coming in there first. The forum is new, so be among the first ones to say Hello!
Tags
CD Projekt Red Cyberpunk 2077 Keanu Reeves 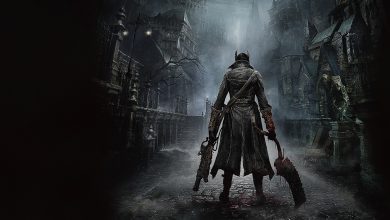